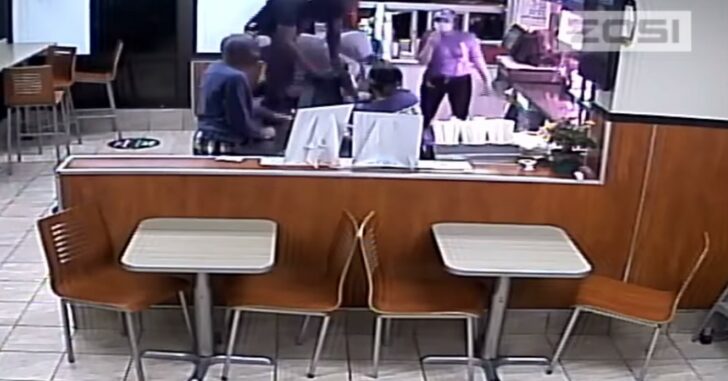 Police have released video from an incident that occurred back on October 1st of 2021, in which two armed robbers went into a Church’s Chicken and pointed guns at employees. The attempted robbery occurred around 8:45 p.m., but the robbers weren’t expecting what happened next.

A customer in the drive-thru noticed what was happening, at which time he drew his firearm and went up to the drive-thru window. Wasting no time, the armed citizen fired at both robbers, striking each.

One of the robbers died at the hospital. The other was treated for his injuries.

District Attorney Bob Wortham believes that the actions of this armed citizen saved lives that day.

“He’s a hero,” said Wortham. “He did what needed to be done. If more citizens would take an active role when someone is being robbed, we would have less murders.”

The surviving robber was sentenced to 30 years in prison for aggravated robbery.

It’s amazing how quickly the robbers can move once someone is shooting at them, and the robber who died later on likely didn’t have much time to reflect on his terrible life choices.