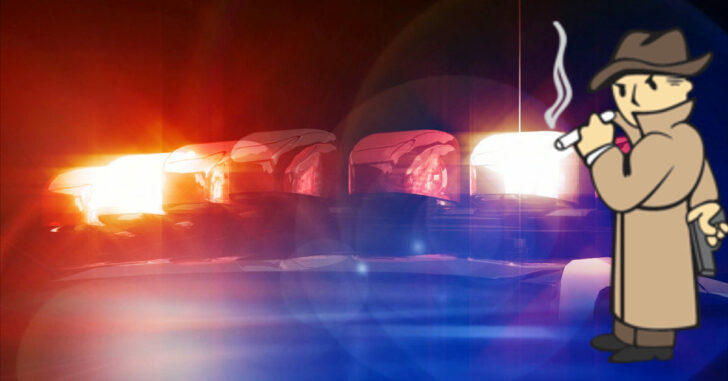 COLUMBUS, OHIO — An armed robber successfully pulled off a convenience store robbery. The only problem? As he was walking down the side alley away from the store, he ran into a bullet from a mysterious stranger.

Courdney Deonte Sims, 25, was found fatally shot in an alleyway south from the convenience store he just finished robbing in Columbus. Sims was transported to a nearby hospital where he succumbed to his wound.

Sims was a career criminal who was wanted in connection to several other crimes in the area, according to the Columbus Dispatch. The person who shot him was not identified and the police have urged him to “come forward and tell his side of the story.”

For those unfamiliar with the ‘mysterious stranger’ reference, it’s a running gag from a post-apocalyptic video game series where a person just mysteriously (randomly) shows up and shoots the bad guy. As reality is always stranger than fiction, it appears we’re running into more regular occurrences of a ‘mysterious stranger’ showing up and taking out bad guys.

Let’s take a little moment to remind everyone that we’re a nation of laws. Criminals are to be tried and then serve some time before they do it all over again. We would never suspect a concealed carrier of doing this sort of thing but it goes without saying: you can’t just take out a bad guy who just happens to be doing something rotten several blocks away. We are not supposed to engage violent criminals with deadly force when our own life and property is not under direct threat. That’s a hazard. It’s also expensive if you have to show up in court and explain.

There’s not enough concealed carriers in the United States. We need you everyday for the rest of your natural born lives. Don’t go throwing away your license or what you’ve worked your entire life to achieve because you see some career criminal doing what career criminals do.

However, we strongly suspect that this wasn’t the case. More than likely, criminals tend to flock together and perhaps Sims owed somebody something that he couldn’t pay. In either case, Sims looks like he’s paid up.

It looks like Sims won’t be needed to discuss his participation in other violent acts around the Columbus area any longer, either.

Scummy, shady situations are not the realm of concealed carry. We’re responsible and accountable for our actions.

Previous article: San Bernardino Has Surge In Everyday Violence -- Do We Have The Answer? Next article: Homeowner Protects Pregnant Wife And Home Against Armed Burglar