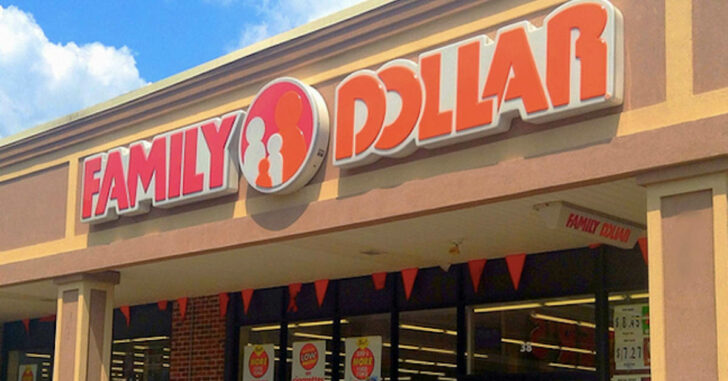 This one was impossible to pass by: some guy working at a Family Dollar store in Atlanta, Georgia apparently felt it was a good idea to use his firearm as a bludgeon when a customer came into the store without a mask. Do I even have to spell out what a terrible idea this is, regardless of the alleged offense?

Kourtland Perry said he’s lucky to be alive after a store employee attacked him for not wearing a mask.

Perry told FOX 5 he stopped at the store on his way to work and forgot to put on his mask before entering the business. A male employee confronted Perry for not wearing the face covering.

Perry said, “He referred to the policy at the front. He said, ‘You have to have a mask,’ and I was trying to explain to him, I said ‘Yeah, I’m sorry I kind of forgot it in the midst of me rushing to work. I apologize.’”

Apparently the employee then followed Perry to the checkout, berating him for not wearing a mask. Perry said the store manager got involved in an attempt to de-escalate things but the irate employee refused to back down. Big time.

“In the midst of me leaving, this gentleman reaches into his waistband, grabbed a gun, and hit me in the back of my head with it,” said Perry.

Perry said the man pushed him out of the store after striking him, got in his car, and drove off.

I’m not sure I’d call him a gentleman, but nice of you to try to be polite, Mr. Perry.

Here we get to the point of this post: behavior like this gives every gun owner out there a bad name and only serves to further the gun control industry’s agenda:

Perry isn’t wrong, either, not technically. Someone concealing a firearm – legally or illegally, who knows – felt using said firearm as a bludgeon to literally hammer their point home was an acceptable behavior.

Guns aren’t meant to be used as tools of persuasion, ways to punctuate an opinion, or as a means of getting your way. Carrying a gun should not empower you to be a bully, either. In fact, quite the opposite: if you’re going to carry a gun for self-defense you must be more aware of your actions and behavior and far more invested in acting in a calm, clear-headed manner.

Carrying a gun is a major responsibility and not something that should ever be taken lightly. Guns aren’t tools for bravado or swagger, they’re for defending your life against a legitimate threat to taking your next breath.

I’ll be interested to see what Family Dollar does about their employee’s actions. They’ve apparently refused to comment so far. If he’d used the gun to defend himself during a robbery, he’d probably already be out of a job.

So here’s the question on this one: has the way people have been blatantly empowered to shame and badger those who don’t wear masks contributed to incidents such as these or is this simply an isolated case of a guy with a gun behaving badly?

By Kat Ainsworth via TTAG and republished here with permission.

Previous article: Woman Loses The Fight After Drawing Handgun With Holster Still Attached Next article: Man Fires Rifle At Crowd In Miami After Altercation. The Takeaway: Walk Away.