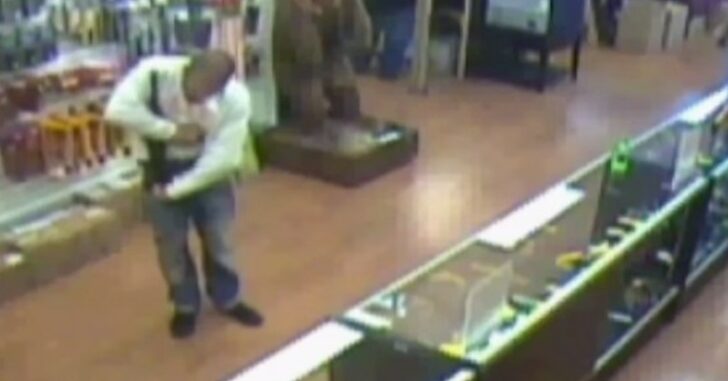 A man walked into a shop and tried to steal a rifle by putting it down his pants. The shop owner noticed the man limping out of the shop, and then followed and confronted him.

“You allegedly went into that pawn shop and removed an AK-47 rifle on display and stuck it down your pants,” Hurley said, reading from an arrest report. “After a while, [you] pulled it out, put it back, then grabbed another assault rifle off another display [and] put that down your pants.”