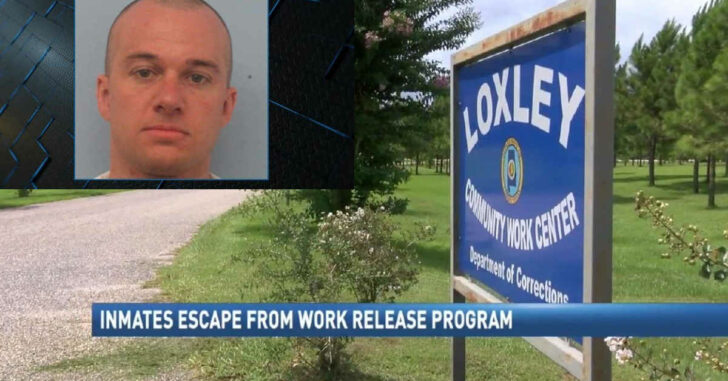 COFFEE COUNTY, ALABAMA — An escaped inmate who had been on the run for over a month was captured and held at gunpoint when the owner of a hunting cabin went to check up on his property. It’s just one of the many reasons folks in the country tend to err on the side of caution when visiting those more remote properties.

According to WSFA 12, it was the Dale County Chief Deputy’s cabin. As a member of law enforcement, he undoubtedly understood the importance in carrying his concealed handgun everyday and the proper methods for checking up on a property.

He quickly realized there was someone inside his cabin and we can just imagine a scene similar to Goldilocks. “Somebody’s been in my hunting cabin.”

For escaped inmate Jeffrey Scott, he couldn’t have picked a worse place to try and hold up. He escaped during a work-release program but hadn’t done a too good of a job going undetected. There were two unconfirmed sightings of him in the area. For the Chief Deputy, he played his hand real cool and told Scott to stay put until backup arrived.

News reports detail that shots may have been fired when Scott did not immediately reply with the Chief Deputy’s requests — but he certainly didn’t put up too much of a fight afterwards. He knew that the person he was dealing with was armed and willing to use force to protect himself and his property.

Can we imagine how this situation would have worked out if this property owner hadn’t been armed?

It’s a scenario that we’re not going to linger on too much because we carry every single day and especially when we’re checking up on property in remote areas.

As for Scott, he can look forward to spending a lot more time behind bars. He was taken in by the U.S. Marshalls — who take a particularly keen interest in escaped inmates and love to ensure they get the welcome home they sorely missed.