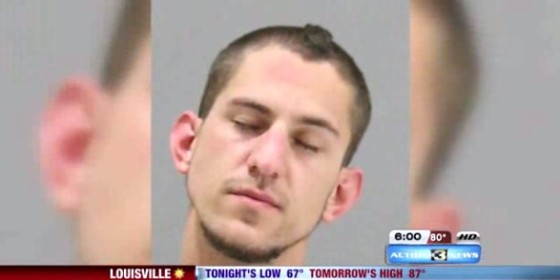 Her point was made once she realized that an intruder was hiding in her closet. At nearly 3am on Tuesday, Barbara Haley’s dog was barking and sniffing around in the hallway. Arming herself with her .45ACP, Haley goes to investigate what was causing her dog to behave that way.

A 24-year-old man, Jody Kudlacz, had broken into her home and hid in the closet. Once Haley saw what was going on, she held Kudlacz at gunpoint while dialing 911.

Not surprisingly, the intruder quickly became apologetic. Haley cocked her firearm to make sure the intruder knew she wasn’t messing around, and that she was ready to defend herself and her home if needed.

Haley says that she is happy she had her gun, and hopes that the man will think twice before attempting something like this again. We can only hope he learned a lesson.

Kudlacz was arrested and faces a felony count of burglary and is being held with a $75,000 bond.