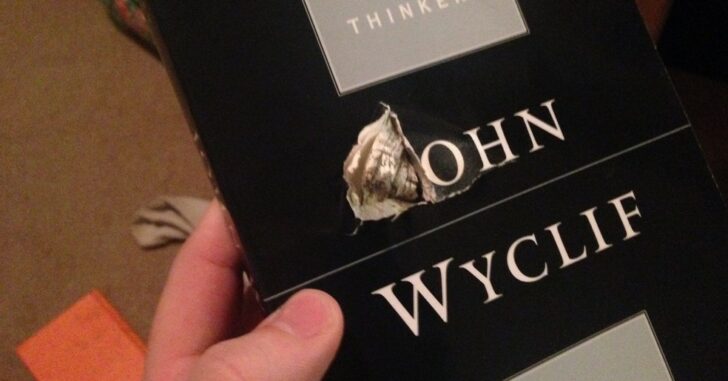 Jason Derfuss was in the wrong place at the wrong time early Thursday morning when a gunman began shooting inside the Florida State University library where he was checking out a few books.

Those books ended up saving his life.

Hours after the shooting, Derfuss realized that his backpack had a hole in it. He opened it up to reveal the books inside, which had holes in them as well. Eventually, a bullet was located inside one of the books that would have surely hit him if it weren’t for the layers of books that wound up providing protection.