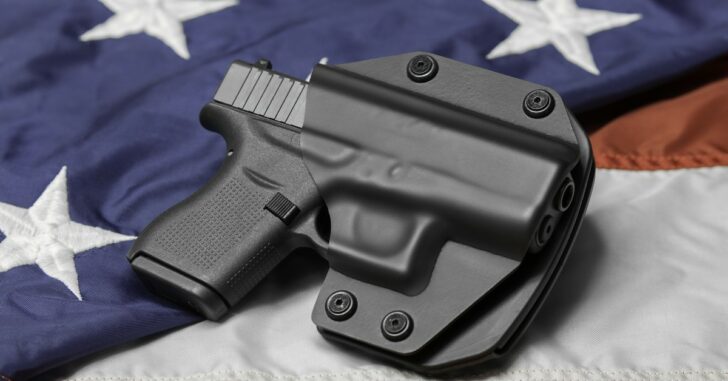 While visiting a friend at his place of business, a well-known customer of his walks into the office to say hello. After a little small talk, we somehow (surprise!) land on the topic of firearms. We start talking about a few popular firearms for concealed carry, and I tell him what I carry: A Glock.

He chimed in, “I’d never carry a Glock. Not because I don’t like them, they’re fine for the range. It’s because they don’t have an external safety that I can flip on while I’m carrying it. That’s just a disaster waiting to happen.”

This man, we’ll call him Jim, has been carrying for a few years. His firearm of choice is a Ruger SR9c, mainly because of the manual thumb safety. “When the safety is on, I know the gun will never fire,” says Jim.

Going back to his comments about my Glock, I pulled up the Glock website on my phone and explained the safe-action system to him. He looked it over and we discussed it, and I assured him that the firearm would never go off unless the trigger is pulled. It’s physically impossible.

I politely mentioned, “How many citizens, police officers, do you think carry a Glock each day?” The number is staggering. Yet we don’t hear routine stories about unintentional discharges and if we do, they’re because of operator error. Why don’t we hear these stories on a regular basis? Because they’re safe, regardless of their lack of a manual thumb safety.

He continued, “Well I still wouldn’t trust it. With the manual safety, I know with 100% certainty that nothing bad will happen.”

Ok then. I’m not faulting him for wanting the manual safety, however I am pointing out that he, quite possibly, isn’t as confident with a firearm as he should be. What would cause the firearm to go off while carrying, assuming of course that it’s properly holstered? The answer is nothing.

I like firearms with no manual safeties for concealed carry. At least, no safeties that you have to perform an extra step to disengage. That’s just my personal opinion, though. If it’s a trigger safety, you’re going to depress it anyway. If it’s a grip safety, a proper grip will disengage it automatically. With a thumb safety, though, that’s an extra step that needs to be taken.

Modern firearms don’t “go off on their own”, and the best safety you’ll ever have is between your ears. That means your brain, Jim.