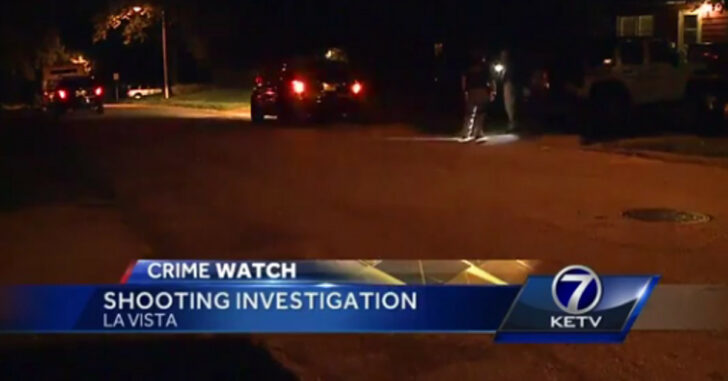 LA VISTA, NEBRASKA — A couple were house-sitting for a friend when an ex-boyfriend of the homeowner broke into the bedroom. One of the house-sitters retrieved a gun nearby and shot 26-year-old Darrick Minner. Minner fled the scene but was later picked up by police. He is currently undergoing surgery and is expected to survive.

According to Nebraska police, they strongly believe that Minner did not know that the owner was not home. However, we’ve got to ask: what’s that got to do with it?

KETV 7 Omaha reported that the break-in occurred around 2:15 a.m. Had the homeowner been home, she likely would have been set upon in complete darkness and forced to fight for her own life. She was away when the incident happened.

This happened to be a lucky break for nearly all parties involved. Minner doesn’t get to hurt anyone, the homeowner didn’t have to defend her life alone in the early hours of morning, and the house-sitters were obviously stuck with the short straw on this one.

No one likes to be awoken from a dead sleep to have to fight for survival. It’s unfortunately something that may happen. This is why we always advise people to keep a handgun nearby in the bedroom. It’s just an extra ounce of insurance. If you never use it, great. If you need it and don’t have it, that’s a problem.

With people like the alleged home invader, violence is already a given. It’s just a question of who uses it and to what degree.

When defending your life — watching someone else’s home or otherwise — deadly force is likely an acceptable solution to the problem. Your life, your family, and your property are all extremely important and there’s no harm in defending them.

Previous article: How To Hug Someone When Carrying Your Firearm (Seriously) Next article: 14-Year-Old Girl Fatally Shoots Abusive Father To Save Mother And Siblings