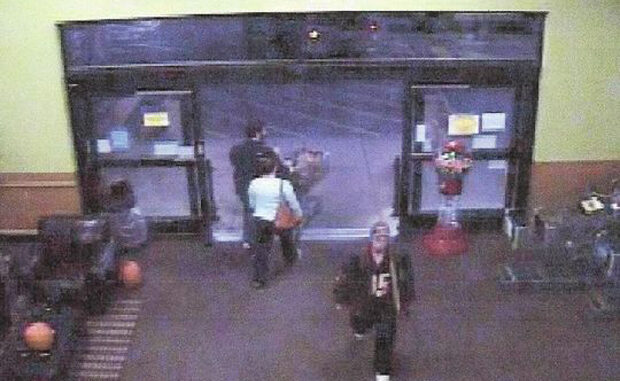 The Moms are at it again, and maintaining their focus on Kroger stores to ban open carry of firearms inside their locations. Recently, a customer was robbed at gunpoint in the bathroom of a Kroger, and the Moms are using it to try and further their cause.

The 62-year-old man was inside a bathroom at his local Kroger when a man put a gun to the back of his head and demanded his wallet. The victim complied and handed it over, and the armed man took off. He has not been found.

Post by Moms Demand Action for Gun Sense in America.

There are problems with the way that MDA uses events such as these to try and prove their point. For starters, the armed man is likely to have been in possession of his firearm illegally. There aren’t many legally armed citizens committing crimes. In fact, some 99.999% of gun owners in the country do not commit crimes with their firearms, and they never will.

In fact, if this man who committed this crime is caught and is found to have been in legal possession of the firearm used in the robbery, I will personally donate $250 to the MDA cause.

Second, wouldn’t the knowledge of people being able to legally carry inside a certain establishment provide some sort of deterrent to the would-be criminal? If I were looking to rob someone in a store, and then look over and see someone with a pistol on their hip, I’d probably change my mind pretty quickly.

And most importantly, the man was not open carrying his firearm. He was a criminal who concealed it until he robbed his victim. Criminals don’t open carry, folks. This incident has absolutely no correlation with legal citizens carrying firearms inside Kroger locations.

In response to MDA’s continuous push for Kroger to change their policies, I offered an open letter to Kroger’s CEO with thoughts from the other side on this issue. I haven’t heard back, and I don’t expect to. I just find it important to let them know that they shouldn’t have to be forced into a corner by a group who is trying to save the world by their own agenda.

This incident would normally be classified on this site under “Why I Carry”, because it fits so well.

Both sides want the same thing; safety for their loved ones and others. The way to reach the goal, however, is on the opposite sides of the spectrum.

Previous article: Brad Pitt Has Been A Gun Owner Since He Was In Kindergarten Next article: Bank Robber Killed By Concealed Carrier In Phoenix, What Would You Have Done?