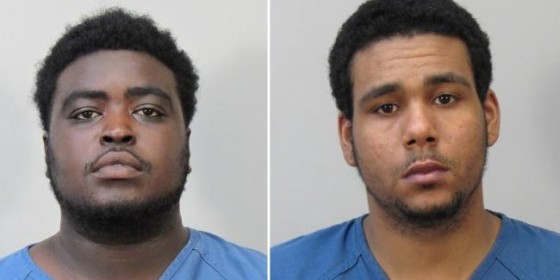 MADISON, WISCONSIN — Two armed burglars were arrested after their luck ran out once they broke into their third home, because they were confronted by an armed homeowner.

The story began when the two burglars broke into the home of a 90-year-old woman and while they were there, stole money and other items from her and pointed a gun to her head.

About 6:30 a.m. Friday the men forced their way into the home of the 90-year-old woman on S. Eau Claire Ave., pointed a gun at her and demanded money. When the woman tried to call for help, one of the men ripped her phone from a wall before both men fled with jewelry.

The woman was badly shaken up, and officers went to the house to check on her status. The burglars, however, were just getting started. After this break-in and robbery, they moved on to another victim, this time a young woman. Just an hour later when a 22-year-old woman was returning to her home, she found one of the burglars in her home and a car in her driveway.

When she ran to a neighbor’s home to call police, the suspected burglars drove off with electronics and cash. An expensive watch taken from the 90-year-old woman was left in the driveway.

They got away again. Let’s see what happens during the third break-in and robbery. I have faith that someone out there will be able to defend themselves and put a stop to this.

Then about 10 a.m., a 30-year-old woman who called police to report a garage break-in in the 7100 block of Gladstone Drive said her husband had gone to investigate and that she heard a gunshot.

Police later learned that the 35-year-old husband confronted two burglars, one of whom fled while the other struggled with the homeowner. After a round was discharged from the homeowner’s gun, the burglar dropped his gun and was detained by the man until police arrived.

If you keep pushing, your luck will eventually run out. The second criminal was picked up a short while later during a traffic stop. During the stop, police found items that were connected to numerous burglaries.

These two punks, ages 19 and 20, are facing charges of armed robbery, armed burglary, burglary and false imprisonment. One can only hope that they’ll learn their lesson.