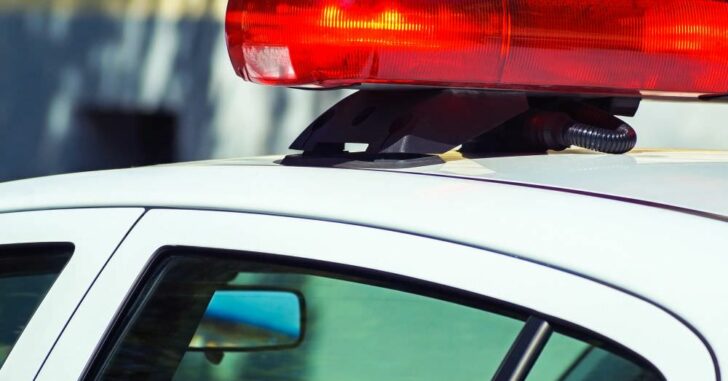 BATON ROUGE, LOUISIANA — A couple went to go pick up their belongings when Concepcion Vega, 33, began yelling at the man. When yelling didn’t get the point across, Vega went inside and got a machete. He came out and began swinging it around violently. Well, that’s about enough of that. Fearing for his life, the man drew his handgun and shot twice. Neither shot landed but it was enough for Vega to retreat.

According to police records used by The Advocate, the gunowner called police after he shot at Vega and cooperated fully with their investigation. Vega was charged with a misdemeanor count of aggravated assault. After being shot at, he also cooperated fully with police and was apprehended without resistance.

Whether Vega was a former neighbor or just a loud mouth, we’ll never know. It’s not surprising that people move based upon factors like how annoying the neighbors are. Sometimes it’s just easier to move than potentially get into a confrontational situation like what unfolded before this armed citizen.

One of the more foreboding developments, though, is the acoustic sound technology used to detect gunshots going off. Despite the fact that the armed citizen called in the event, police were already alerted by the acoustic sensors usually located on light poles, sides of buildings, or in vicinity of publicly-owned utility buildings.

It’s just one step closer to “CCTV world” like Britain. The acoustic sensors were first developed from over a decade’s worth of fighting overseas against insurgents. The sensors could be statically placed on top of structures, vehicles, or checkpoints or mounted on unmanned aerial vehicles overhead. The technology was developed, initially, so that troops could quickly pinpoint where enemy fire was coming from. Some of these devices are called things like “Boomerang” or other quaint-sounding monikers but the technology is an ongoing development.

Cities like Baton Rouge and Wilmington, North Carolina, have installed these sensors so that emergency services can quickly find out where an active shooting is happening.

On one hand, it is a great tool for law enforcement. On the other, it’s an advanced level of surveillance which is becoming the new norm. Now our cell phones and electronic devices can pretty much be back-doored at any time for any reason, we have an added layer of constant surveillance in regular reality as well.

That was a side tangent.

This armed citizen fired two shots, hit nothing, and called the police and complied with their investigation. He was not subsequently arrested or held because the officers determined that the gunowner likely acted in self-defense.

Of course, a prosecutor can always come back and disagree with that — but that usually doesn’t happen in these sorts of cases.

Good choice on bringing a gun to pick up your possessions. You probably left there for a good reason.

Previous article: #DIGTHERIG - Matt and his Ruger SR1911 in a Galco Holster Next article: Retired NYPD Man Arrested Outside Of Trump Tower, Armed And Drunk