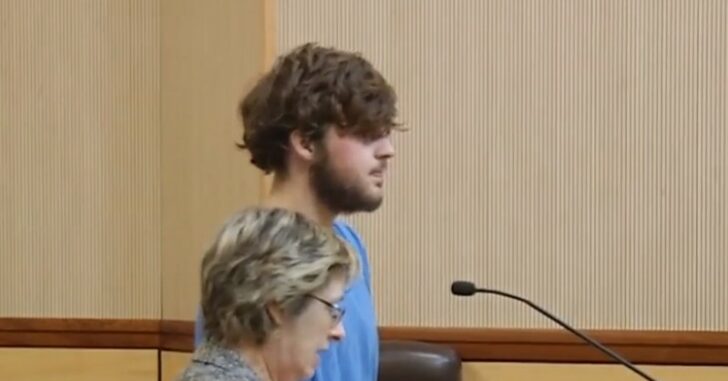 19-year-old Anthony Ciccarelli of Tonawanda reached into the front pocket of his pants as he received the bill and accidentally fired the gun.

The gunshot hit his girlfriend in the upper right leg. Cheektowaga police later revealed that the gun turned out to have been stolen from somewhere in Niagara Falls.

The girlfriend was taken to the hospital after responding police applied a tourniquet. Ciccarelli was taken to jail.

The young man faces 7 years behind bars for possession of stolen property, first-degree reckless endangerment and criminal possession of a weapon.

Apparently, he had the gun in his pocket with no holster and other junk, like money to pay for dinner.

As with all other idiot stories we cover, this is a person who shouldn’t be in possession of a gun.

Hopefully the girlfriend makes a full recovery, and hopefully this guy learns some important lessons.