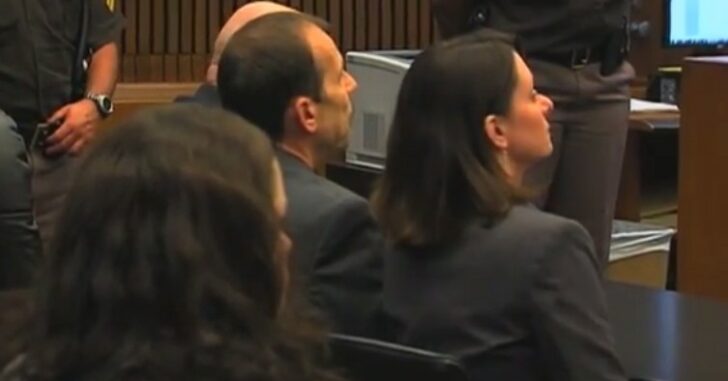 Last November, Detroit resident Theodore Wafer was at home when he heard someone knocking loudly on his front door. The person on the other side was 19-year-old Renisha McBride, who was extremely drunk and had just crashed her car a few blocks away and was apparently looking for help.

Wafer, an airport maintenance employee who lives alone, said he was roused out of sleep around 4:30 a.m. by pounding at his front and side doors. He testified that the noises were “unbelievable.”

“I wasn’t going to cower in my house,” Wafer testified.

He said he thought there could have been more than one person outside his 1,100-square-foot home near the Detroit-Dearborn Heights border. Wafer said he pulled the trigger “to defend myself. It was them or me.”

“He armed himself. He was getting attacked,” Carpenter told jurors. “Put yourselves in his shoes at 4:30 in the morning.”

The jury convicted Wafer of second-degree murder, manslaughter and a gun-related charge after deliberating for about eight hours over two days.

Wafer stated that he did not call 911 initially because he could not locate his cell phone. Instead, he grabbed his shotgun and went to the door.

There have been cases in the past where people under the influence of alcohol have stumbled inside a home that was not theirs, and ultimately shot and killed, but those cases are usually found in the homeowner’s favor because they were actually inside the home.

In this particular case, McBride never entered the home and remained on the porch. If this were my home under these same circumstances, I would have been on the phone with 911 with my firearm pointed directly at the door. If at anytime an unknown person entered my home, it is at that point that I would make a decision to use deadly force.