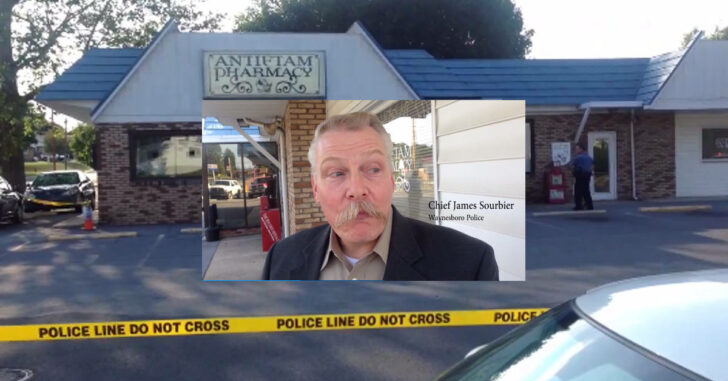 WAYNESBORO, PENNSYLVANIA — When an armed, masked robber entered into the Antietam Pharmacy in Waynesboro threatening customers and demanding drugs, one legally armed employee knew something had to be done. According to the Waynesboro police chief, the employee drew his legally concealed handgun and shot four rounds into the robber.

As the Public Opinion newspaper reports, the concealed carrier felt his life and the lives of others were so gravely endangered he felt the need to take action. The robber wasn’t happy about how little he got from the cash register and went on to threaten physical violence on customers and employees.

This is why it pays to have concealed carriers as employees. Only when no other option was presented and the robber couldn’t be appeased did one employee step up and take charge of the situation.

The armed robber was critically injured and likely caught off guard.

He was evacuated to a nearby medical center with multiple gunshot wounds and listed in critical but stable condition after he was airlifted to a trauma center. Miracles of modern medicine, right?

Police confirm that this pharmacy had been the previous target of an armed robbery. The police chief gave an interview with the news and reported that all the employees acted in good faith.

“Antietam Pharmacy has been the subject of armed robbery before,”Waynesboro Police Chief Jim Sourbier said. “They know the drill. They know how to behave. I know these folks.“

That’s what you get when you train up your employees to work through hard crisises like an armed robber messing up the joint. As the robber apparently drove himself to the crime scene, police were able to ascertain that no other accomplices were with him and could safely conclude it was just one lone, violent dumb-dumb. Thanks to the fast thinking and actions of the employees of Antietam Pharmacy, customers were safe and the bad guy was put down. Way to go.