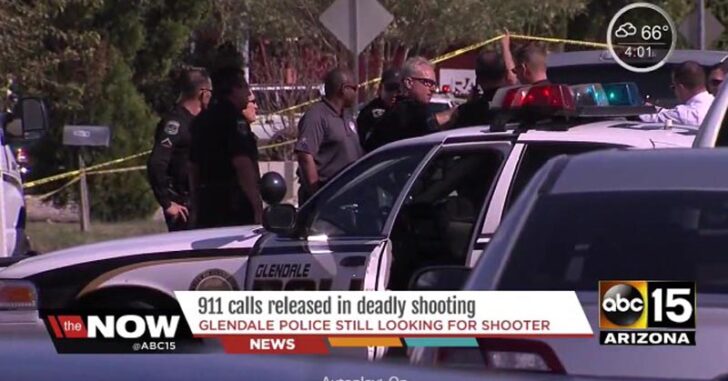 GLENDALE, ARIZONA — A man shot and killed 26-year-old Andre Cannon Tuesday afternoon after witnesses say he started beating his girlfriend with a hammer.

Two 911 calls captured the moments leading up to the brutal assault and shooting. After the armed man shot Cannon to end the assault, he took off before police arrived.

They say Cannon and his 23-year-old girlfriend were arguing while walking Tuesday afternoon on Rose Lane.

Witnesses say Cannon grabbed a hammer from a parked construction vehicle and chased the woman before striking her with the hammer.

Police are still trying to find and identify the man who shot Cannon, but do not have any descriptions from witnesses to go on.

Why this armed man took off after saving this woman is unknown. Perhaps he does not legally own the firearm he used, or maybe he is afraid that he could be in some sort of trouble. In any event, it is clear that his intervention in the situation saved a woman from a brutal attack.