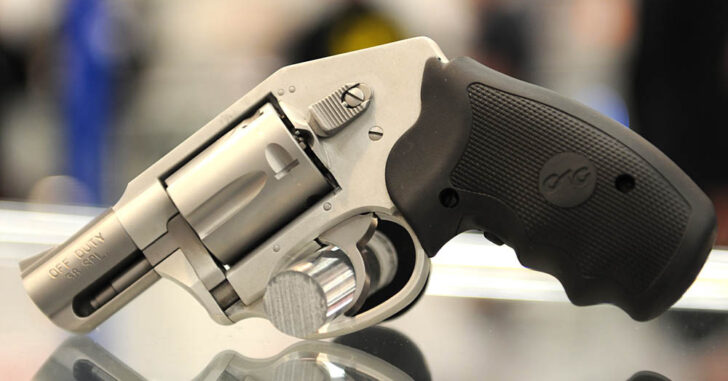 Despite constant political attacks on our 2nd Amendment freedom more Americans carry guns now than ever in our nation’s history. As such, an enormous industry has grown up to supply these handgun carriers with a seemingly endless variety of small and concealable guns. One such platform that remains among the most popular is a design that has been around for many decades: the snub nose revolver. Is it still a relevant design in this age of firearms abundance? I believe it is. In fact, the Ruger LCR remains my small gun of choice. Most of the time I go armed with a double-stack 9mm autoloader on my hip. But when I need deep concealment, I pack a snub nose revolver rather than a diminutive auto. There are a few reasons for this.

A few decades ago if you wanted a truly small and concealable gun that was still chambered in a service caliber round the snubby was the only game in town. Today things are quite different. Probably the leading contender against the snubby is the new breed of single-stack autos chambered in 9mm. These guns are really quite similar in size compared to the snubby. They also offer more on-board ammunition capacity, typically 6-7 rounds compared to the traditional 5 rounds of the small framed revolver. They also facilitate a faster reload, as loading a magazine into an auto is usually faster than reloading a revolver for most people. So, why is the snubby still a major player among the concealed carry masses? Here are a few reasons that make this class of firearm still relevant, and for certain situations ideal, despite the more modern choices.

On paper, it seems that the modern single-stack 9mm autos are similar in size to the snub. In practice there is a difference, and the difference is really a matter of shape. Literally. The revolver has rounded contours that tend to blend in with the human body compared to the squared and blocky shape of an auto. Many find that carrying a snubby in the waistband is easier to conceal than even one of the small single-stack 9mms. Where the shape makes a significant difference is in pocket carry. The rounded angles of the revolver blend in more with the contours of the body and the rounded profile also makes the revolver easier and faster to draw from this carry mode, at least compared to the small 9mm autos available. Despite being thicker in the cylinder, the revolver tends to be quite thin everywhere else. So, the shape of the diminutive revolver certainly aids concealment for many. The very tiny 380 and 32 ACP autos do conceal easily, but they are obviously chambered in a less-potent round and tend to be more prone to reliability issues. The snubby is really the most concealable gun that is still chambered in a substantial cartridge which is decently powerful, even from the short barrel. A good +P load from a snub significantly outclasses 380 ACP or lighter.

A revolver can fail just as any other firearm can. I really don’t consider revolvers any more reliable than a good auto as they have their own set of potential problems, but the small revolver of the enclosed hammer variety like the Ruger LCR or the ubiquitous Smith and Wesson J Frame Centennial is particularly resilient to the harsh conditions of certain carry modes, like pocket or ankle carry. Revolvers are generally less affected by the accumulations of pocket debris and the runoff of lubrication within such carry environments has less effect on the reliability of a wheel gun.

The revolver also provides a very dependable set of design features pertaining to such modes of carry. One issue that plagues a lot of pocket carriers is that autoloaders tend to inadvertently drop their magazines when carried in this manner. Some small autos even face the issue of being pushed out of battery within the pocket or when on the ankle, and remaining so only to not fire upon draw and presentation. The revolver is, of course, quite impervious to this. A revolver can also fire through a pocket or other garments without malfunctioning, and can be fired when pressed into contact with an object or an opponent.

A revolver will typically always go bang no matter who is shooting it, unless the ammunition is faulty or something breaks. I have seen many good autos malfunction due to user-induced errors. The very small autos chambered in 380 or 32 ACP are even more prone to this. An untrained person, or simply a person with large hands, is very likely to impede the cycling of the slide on these small guns. The accidental actuation of the magazine release is a very common issue with these diminutive weapons as well. Also, the tiny autos are more than usually prone to limp-wristing, and can fail to function beyond the first round if an untrained person fires them with a poor grip. For a person who wishes to carry one of these small autos, the snubby may be a better alternative if these sorts of reliability issues are encountered. While slightly larger than the very small pocket autos the small frame revolver is simply more robust.

Overall, the revolver is very resilient in terms of not being effected by the user due to inadvertent mishandling. This is one reason that I favor the revolver as a backup gun. If I need to hand the gun to a poorly trained person, the gun is most likely going to fire each round, no matter what the user does to it, or fails to do. The long double-action trigger is also a safety feature when in the hands of a poorly trained individual as it makes a negligent discharge less likely. I think it is an ideal weapon for handing off to a present, but perhaps relatively untrained, ally. While hard for a novice to shoot well, in such a situation the added safety of the design, paired with an almost foolproof operation, is a plus.

The revolver is quite simple to operate mechanically compared to an autoloader. Releasing the cylinder latch and loading or unloading the gun is quite manageable for poorly trained individuals. This does not necessarily make it a good gun for the novice, though, if they can’t land any hits with it. Still, it is quite simple. Another benefit of this simplicity is something that can serve even a well-trained gun handler. The revolver does not require associated magazines. I find this a real benefit when traveling by air and checking in a handgun, which I like to do if I am flying to a locale that honors my rights. Upon my arrival, getting the revolver loaded and on my body is a much simpler affair that takes only a few seconds, as opposed to loading up magazines, as the magazines of an autoloader must be transported unloaded. A snubby, a box of ammo, and a couple of speed loaders, makes for a nice travel companion.

Obviously, the snubby also has some serious limitations. To begin with, five rounds is not a lot, and the reload is very slow. Even with a lot of training, typically reloading a revolver is going to be slow for the concealed carrier. Sure, an IPSC shooter running a full-size revolver with ten speed loaders openly carried on his belt will reload quite fast, but the average concealed carrier most likely has a speed strip buried in a pocket. The reload is simply slow. Realistically, during an actual deadly encounter, the snubby is probably a 5-shot proposition only. Most of the time it will be enough, but if not that slow reload would be an unpleasant situation to deal with.

Another issue with the small revolver is the fact that it is exceedingly difficult to shoot well. Now, the diminutive 380 and 32 ACP autos are usually as bad or worse, typically being very small with heavy double-action trigger pulls as well. However, many of the single-stack 9mm offerings will be typically easier for the beginner to shoot and many have a lighter striker-fired trigger. These guns may make a better alternative for new handgun carriers, especially if pocket carry is not a requirement. The snubby is a great gun for the less trained in terms of having an almost infallible manual of arms and simplicity of function, but the gun is very difficult for a new shooter to use with any sort of confidence. In this regard, I am inclined to share the opinion of many; the snubby is actually an expert’s gun. With that said, the simplicity and reliability may outweigh the lack of shooting performance for some people, as a gun that will actually go bang no matter what is better than a more capable gun that is rendered inoperable due to user error obstructing the function of the gun.

In closing, I think the snubby will be a leader among concealed handgun choices for a long time to come due to the robust nature of the design, the impervious simplicity of the controls, and the concealability of the rounded profile. With training the design can be quite effective. Gaining proficiency with the long and heavy trigger pull takes a lot of work. The gun is far more capable than most believe, however, and if you train with it the small revolver is much more than just a “belly gun.” Accurate shots at further distance can be made, but it takes more training than on a larger auto and if deep concealment is not an issue the snub serves little purpose. However, I find that the snub nose revolver is a gun that can go with you in many situations that something larger cannot, and five shots for sure is a lot more than none at all.