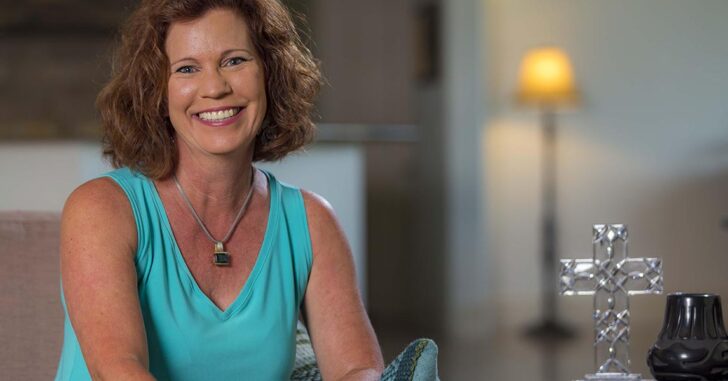 Our friend Carrier Lightfoot, founder of The Well Armed Woman, has been nominated to the NRA Board of Directors. Elections are held in February, and we wish her luck as one of the most influential people in the firearms industry to support and grow the enormous number of women interested in self-defense and firearms.

SCOTTSDALE, AZ – October 24, 2017 – Carrie Lightfoot has been nominated by the NRA’s nominating committee for election to the NRA Board of Directors in the upcoming 2018 elections. Lightfoot is the founder of The Well Armed Woman LLC (TWAW). She also serves as the founder and chairman of the board of TWAW Shooting Chapters, Inc. She is the co-host of “The Women’s Gun Show” and contributes pro-Second-Amendment articles to leading firearms publications.

“Carrie’s unwavering passion for the NRA and our Second Amendment freedom, her extensive network of women peers across the country her stellar reputation as a trustworthy, reliable resource, all make her an ideal candidate to help the NRA move forward in exciting and measureable ways,” Said Susan LaPierre, Co-Chair, NRA Women’s Leadership Forum.

“I am honored with the opportunity to bring the voice of the everyday woman to the NRA boardroom and to include her in meaningful ways in the Second Amendment conversation and in the fight to protect our precious constitutional right to keep and bear arms,” said Lightfoot.

The NRA Board of Directors is comprised of 76 members, who are elected to a three-year term by NRA life members or members that have been a continuous member for five years. For the 2018 board, there are 35 nominees with 25 seat vacancies with the election to be held in February.

Carrie Lightfoot is the founder and owner of The Well Armed Woman LLC, the largest and most trusted women’s resource for women gun owners, committed to bringing innovative products, training and information. Carrie is the founder and Chairwoman of the Board of TWAW Shooting Chapters, Inc. a 501(c)3 nonprofit organization with 367 chapters in 49 states with a membership over 11,000.  Carrie also provides guidance to the industry to better meet the needs of women gun owners through her consultancy CarrieLightfoot.com. Carrie is the co-host of the weekly ‘The Women’s Gun Show’ Podcast. Carrie is a popular national speaker and frequent guest of the national media including TIME Magazine, NBC Nightly News, USA Today, FOX News, Blaze TV and NRA News. She is the author of the book “The Well Armed Woman’s Concise Guide to Concealed Carry” and her articles are frequently published in leading industry magazines.

Previous article: Armed 84-Year-Old Stops Two Thugs Who Were Getting Too Close To Grandson During Break-in Next article: [VIDEO] 15-Year-Old Bystander Shot By Clerk As He Attempted To Shoot Armed Robber, Another Person Sends Bullet Into Home