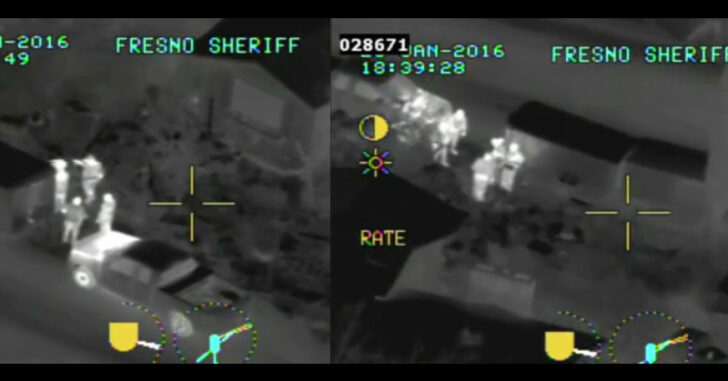 SANGER, CALIFORNIA — Robbing a home and discovering a law-abiding concealed carrier is waiting on the other side?  Nothing new.  Discovering that concealed carrier has been legally carrying for fifty years?  Now, that’s something!  Recently, Enrique Garza, 54, had the utter misfortune to break into the home of a 70-year-old man who was working out in his yard.  The homeowner opened his unsecured security door to discover Garza in his home.  He drew his legally registered (thanks, California) concealed carry handgun from his pocket and held the suspect at gunpoint until Fresno County sheriffs arrived on the scene.

The Fresno Bee reports that the homeowner escorted the burglar out when the sheriffs arrived.  Once law enforcement was on the scene, the homeowner wisely holstered his handgun and held his hands up to ensure law enforcement knew he was not a threat.  Deputies confirmed the homeowner had a legal license to carry and was using a legally registered handgun.  The suspect (mugshot below) definitely looks like this wasn’t his first interaction with law enforcement or the penal system in the State of California. It’s amazing to think that many of us have been carrying concealed for quite a few years — and there’s still more of us who are in their first years of carrying altogether.  I wonder how many of us could add our collective years of concealed carrying and come up with how long this home owner has been carrying?

And he managed to do it without discharging his firearm or becoming the victim.  That’s good thinking and some good fortune.  Needless to say, I think there’s something we can all pull from this incident.  The first is that it may literally be decades before we ever have justifiable cause to use our concealed carry handgun in self-defense.  That doesn’t mean we should become complacent or lazy.  Carrying everyday, carrying at home are all pivotal factors in handling situations such as this.

This was a great story where the good guy wins, the bad guy goes where he needs to go, and the concealed carrier properly handles his interaction with law enforcement and is justified in his actions.

As for the burglary suspect, Enrique Garza, he was charged with felony burglary, violating his probation (big surprise there), and misdemeanor possession of drugs.  Mr. Garza will finally get his opportunity to acquire a whole new set of poorly inked gang tattoos at taxpayer’s expense.