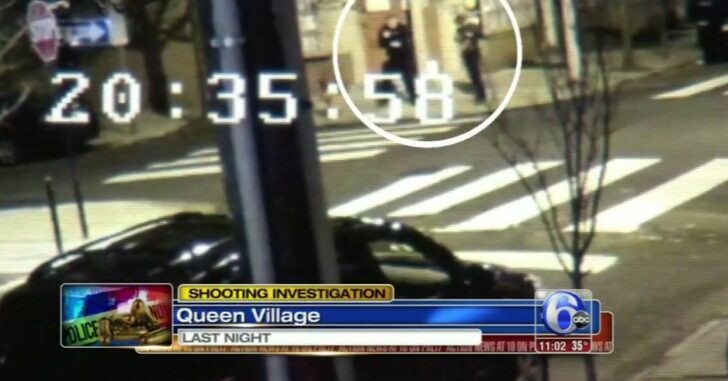 PHILADELPHIA, PENNSYLVANIA — “I think the moral of the story is you just never know who’s packing heat,” said Anthony Conte, who spoke with reporters after an incident involving two young males and an elderly couple.

The incident happened Tuesday night while an elderly man and his wife were walking down the street, on their way back home after work. What happened next was unprovoked, and something they never thought would happen.

They told police two men passed them. One of those men said to the husband, “What are you looking at?” then punched him, threw him to the ground and continued assaulting him.

Then they turned their attention to the wife, in her 50s, punching and knocking her down as well.

When the fists started flying, the elderly man, known in the neighborhood as a long-time resident and goes by ‘Old Man Sal’ according to locals, warned the young men that he had a firearm.

“They attack him. They attacked his wife. He begged to stop. Him and his wife pulled away. They kept on coming,” said Kenneth Young. “He explained he has a firearm. They said they don’t care. They punched him in the face.”

Leaving no other options, Old Man Sal drew his .45 caliber pistol and fired shots at the young men, hitting one in the stomach and the other in the shoulder near his neck.

Surveillance video shows the young men walking across the street, injured, and eventually finding a bench for them to relax on… and take in the severity of their wounds. Police found them and took them both to the hospital. The suspects are said to be in stable condition. In the image above, you can see the suspect hunched over while sitting down, likely feeling something worse than heartburn in his abdomen. His accomplice, standing up, is seen holding his hand on his shoulder wound. Both injuries are courtesy of an elderly man who decided to carry a firearm in order to keep himself and his wife from being easy targets.

Police are calling this a case of self-defense.

An attorney for the couple says that the man suffered extensive damage to his face and eye.

“This was a matter of life or death. If he didn’t do what he did, and he didn’t have the training to do it. I think we would be at a funeral right now. It’s that bad,” Young said.

When good, honest people are able to defend themselves against crime, it’s a good day. I wish the couple a quick and full recovery, and hope for swift justice against their young attackers.