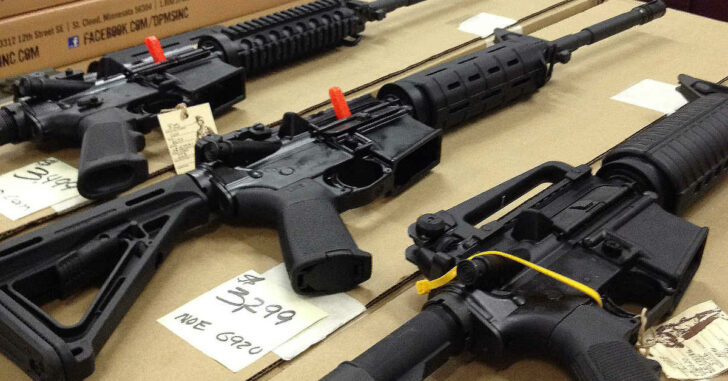 By CARL BUSSJAEGER via TTAG

According to this Ammoland report, Gun Owners of America got their hands on a leaked form that allows a person to self-report as a prohibited person to the FBI’s National Instant Background Check system, in effect forever surrendering their Second Amendment rights.

I’m dubious as to the authenticity of this form. Someone may be trolling GOA. Or . . .

I suppose it could be a draft form, anticipating a potential federal law that would allow such self-reporting as some states have already done. But there’s nothing in federal law yet that would seem to allow this.

Do you see a government form number on that? I don’t, and that would make this the first .gov form I’ve seen that lacks that bureaucratic tracking element.

Then, where it references federal law, it does so by legislative bill title, but doesn’t list US Code or Code of Federal Regulations citations like every other form I’ve seen.

And how the devil do you waive your rights to laws cited only as “other pertinent provisions” without reference to anything?

Now take a look at that Washington State equivalent form. Note that it requires the form to be submitted to the clerk in person, with photo ID verified.

This alleged FBI form doesn’t even have a space for a notary public seal.

And then there’s this:

“he/she understands this form and has adequate mental capacity to voluntarily execute this document.”

And you can simply email this form to NICS (presumably so you can be added to the database immediately), and follow up with a hard copy later? It would be a darned shame if someone emailed these forms in for every member of Congress, cabinet member, Michael Bloomberg, Shannon Watts….

About the only thing that seems semi-legitimate here is the email address. At least, a test message sent to it hasn’t bounced back yet.

Again, I’m dubious as heck. Either someone is trolling GOA, or some FBI bureaucrat is getting way ahead of himself. I’m looking forward to seeing the response to GOA’s FOIA request. TTAG has also contacted the FBI asking for comment.

It also occurred to me that this could be a “canary trap;” a document deliberately planted to detect and trace a leaker within the FBI. That might explain why it’s such a bizarre document.

Previous article: Security Guard Stops Armed Robbery At T-Mobile Store, Shoots Robber Twice Next article: Range Instructor's Leg Amputated After Being Shot At Range By Student, And The Man Who Rented The Gun Is A Felon