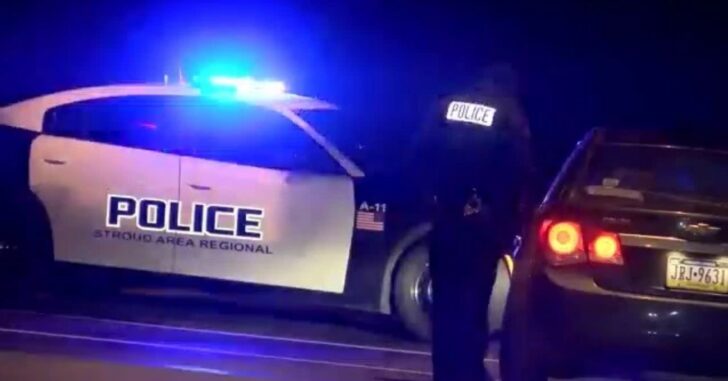 STROUD TOWNSHIP, PENNSYLVANIA — A man who shot two alleged intruders in his home on evening of January 19th, killing one and wounding the other, has been criminally charged in the incident, according to the Stroud Area Police Department.

SAPD offered were dispatched to a report of shots fired inside a residence at 2040 Paradise Trail around 5:30 p.m. Upon arrival, officers made contact with the homeowner, identified as 66-year-old Randy Halterman. He complied with officers’ orders to put down his gun and walk out of the home, upon which he was detained in a patrol vehicle.

Inside the home, officers located a female lying on the floor. She told officers that she had been shot in the stomach and was calling out someone’s name. Officers then found a male lying lifeless on his stomach.

The male was pronounced dead at the scene, suffering multiple gunshot wounds. He was identified as Adam Schultz, 20 of East Stroudsburg. The female was flown by helicopter to a hospital for treatment of two gunshot wounds, one to the upper chest and one to the abdomen.

According to court papers, Halterman told officers he was in the second story of his home when he began hearing noises. First thinking that it was an animal, he determined that the noises were people talking about items inside of his home.

He stated that he armed himself with his .22 caliber handgun and peered around a divider curtain. He said that he saw two persons standing approximately 10 feet from where he was. According to his statement, both people were holding flashlights. He then fired one shot at each person, upon which the pair fled toward the first-floor exit. As they reached the bottom of the stairs, he fired approximately four more shots, then called 911.

Halterman was arrested and charged with criminal homicide, attempted criminal homicide, and aggravated assault. Pennsylvania does have the Castle Doctrine with no duty to retreat; however, the fact that first two shots sent the intruders fleeing toward the front door and they were shot before they could exit the residence may have influenced the decision to charge the homeowner.

It does seem odd that the fleeing woman was shot in the chest and abdomen. From a legal standpoint, this will be a very interesting case to follow.

Previous article: Man Returns Fire On 3 Bounty Hunters Who Broke Into Wrong Home And Started Shooting Next article: Father Shoots Daughter’s Boyfriend To Stop His Violent Assault On Her And Her Mother