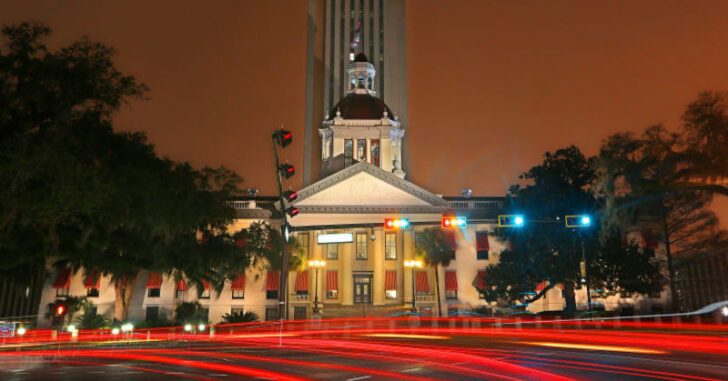 TALLAHASSEE, FLORIDA — We’ve done this a bunch of times already, Florida.  In a surprise turn-around back flip, State Sen. Miguel Diaz de la Portilla, R-Miami, effectively gutted a proposed senate bill which would authorize Florida concealed carriers to be on public universities and college campuses.  This really was a bit of a surprise — but it shouldn’t have been.  The Florida legislature has been going back-and-forth about whether or not to adopt new measures which would allow concealed carry on Florida campuses and open carry by those with concealed carry permits.  Instead of advancing some or all of the measures, it appears all the major ones are “dead in the water”, though Sen. Greg Evers, R-Baker, won’t admit defeat just yet.

via the Tampa Tribune

“Stranger things have happened and we have rules and whatever happens we’ll follow those rules,” Evers said. “It’s not over until the hankie hits the floor.”

The Tampa Tribune correctly pinwheels the originator of our concealed carry season of discontent: former FSU President John Thrasher.  We’ve covered this guy’s pancake flip-flop with gun politics in a previous article and it’s absolutely no surprise to hear mention of him again.  The NRA doesn’t know where to weigh in on the guy because depending on the political season outside, he may be pro-2A or vehemently opposed.  And when you carry that type of clout with the Florida legislature, you don’t need facts or figures.

So, in the meantime, it looks like those attending (or working) on Florida institutes of higher learning will have to hope that university police are fast to respond to these “gun free zones”.

There is a chance that this bill could be revived or slid into the work of another bill likely to pass — fishier things have happened in Florida politics.  That said, it’s unfortunate that the matter of the issue apparently doesn’t have enough sway with Florida voters to stick on its own.  And, as the issue of guns on campus was recently considered a hairy subject according to a recent Jacksonville poll, we’re inclined to believe it may be awhile before a similar measure is reintroduced into the Senate and holds some firm ground… Hopefully not because of another tragedy unfolding on a “gun safe” college campus.