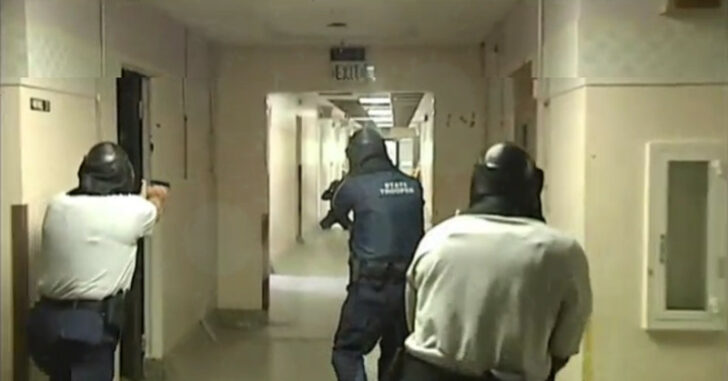 COLUMBIA, SOUTH CAROLINA — A new measure has been introduced to the South Carolina House of Representatives which would allow teachers who undergo an extensive training regimen to be able to bring their concealed carry handgun into school.  The bill was introduced by Rep. Phillip Lowe, who believes the best solution to criminals targeting “gun free zones” is to equip good guys with the right tools for the job.  According to News Channel 6, if passed and made into law, teachers would have to attend a mandatory two week training program designed to prepare them for the responsibility of carrying in the classroom and responding appropriately to emergencies.

“Schools are gun-free zones now, and that makes them a target,” says Rep. Phillip Lowe, R-Florence, the main sponsor of the bill.

Parents were able to voice their concerns when News Channel 6 investigated the proposed new bill.  Reactions ranged from cautious to outright optimistic.

Rep. Phillip Lowe, R-Florence filed a similar bill which would allow teachers with a concealed carry permit to carry into schools but that measure was shot down.  The urgency to be able to have armed, responsible concealed carriers available to respond to emergencies in a K-12 environment also hadn’t been realized until only a few short months later when the Sandy Hook Elementary School sustained grievous losses in a mass shooting event that rocked the nation.

As written, teachers who undergo the appropriate training and have their South Carolina concealed carry permit may be appointed by each school district as “School Protection Officers”.  The most fantastic part about this is the teachers will at least have some degree of training in coordinating with South Carolina law enforcement to isolate and contain a potential shooting threat to students and faculty.

This is a proactive solution to the problem versus the endless debate we hear in so many other states — wary of adding on to the budget with additional armed and sworn police officers and certainly skeptical of other solutions.  The debate seriously needs to be proactive and at least Rep. Lowe is proposing one very decent solution.