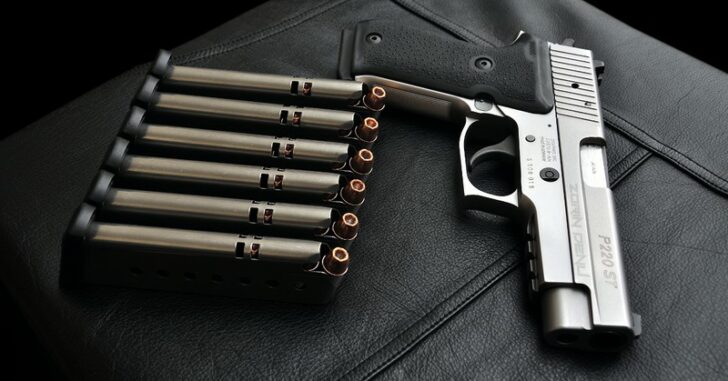 The gun community is abuzz with talk about Virginia Attorney General Mark R. Herring’s announcement today that will ultimately end their reciprocity agreements with 25 states.

We have been inundated with messages, emails and calls about the change, all of which we appreciate. However, there seems to be quite a bit of bad information floating around this hot topic.

Let’s set the record straight with what we’ve learned.

Why the drastic change?

The reason stated for the drastic change is because the list of 25 soon-to-be-axed states currently have weaker requirements for concealed carry permits than those of Virginia.

Herring explains, “Virginia, and nearly every other state in the country, have recognized that carrying a concealed handgun is a significant responsibility that should be extended only to those who have gone through a process to prove a level of competency and responsibility. The standards for proving competency and responsibility are up to each state, and the General Assembly has established Virginia’s standards for whom it considers capable of safely carrying a concealed handgun. Those standards should be applied evenly, consistently, and fairly to anyone who wants to lawfully conceal a handgun in Virginia.”

“That circumvents and undermines Virginia law,” Herring said. “And it has meant that individuals the General Assembly has specifically disqualified because of their past conduct still have a path to getting a concealed handgun permit.”

The new changes also mean that a handful of states will no longer offer reciprocity with Virginia, given their requirements to have mutual reciprocity. Those states are Florida, Louisiana, North Dakota, Pennsylvania, South Carolina and Wyoming.

What about Virginia Non-Resident permits?

Non-residents of Virginia are still able to apply for their Virginia non-resident concealed carry permits, however the states that those permit holders would be covered in will go down slightly; from 28 to 24.

For clarification, we reached out to American Concealed for comment. They specialize in many non-resident permits and have been digging through the new information all day. Their interpretation of today’s announcement is as follows:

“The Virginia Attorney General’s announcement today simply means that permits issued by 25 states will no longer be honored by Virginia effective February 1st, 2016.

“Four of these ten states already did not honor Virginia’s permit (Delaware, Minnesota, Washington, and Wisconsin) so this announcement has changed nothing for these four states.

“So, out of 25 state permits Virginia will no longer honor, only six have returned the same courtesy to Virginia.  Of those six, three already did not honor the non-resident Virginia permit anyway.

Our friends at USACARRY.COM have a handy reciprocity map that you can use to see which states recognize your permit(s). Keep in mind that the information for Virginia will not be updated until February 1st, since the changes will not take place until then.

Check this space for future updates.

Previous article: BEGINNERS: Practicing One-Handed Shooting Is Important And Here's Why Next article: #DIGTHERIG - Donelle and his Sig Sauer P320c