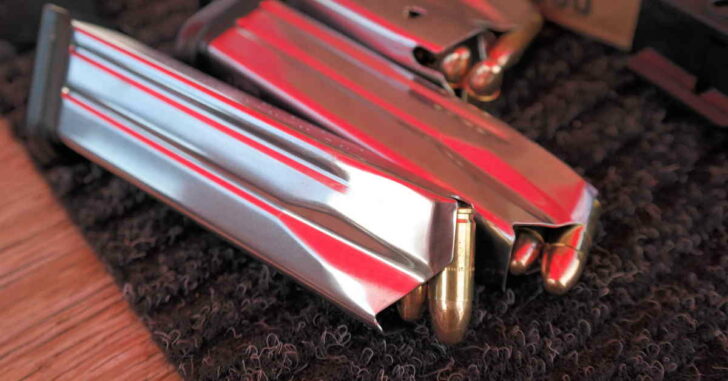 You have a license to carry a concealed handgun, now you want to carry it with you everywhere. That’s great! Carrying a handgun onto someone else’s private property — i.e. your place of employment — brings with it some additional questions.

NOTE: I’m going off of my own experience dealing with multiple different employers and contractors and that which I could research on the topics themselves. I am no substitute for a solid legal opinion and I strongly encourage each concealed carrier and gun owner to investigate these issues for themselves.

How To Carry A Firearm On The Job

Before I carry into the workplace, I like to make sure I have the following things in my favor:

There can potentially be insurance liability problems that arise when an employee carries a firearm on the job. It’s management’s call. If I am acting in an official capacity of my employment — i.e. going out to a cell phone tower to do repairs — there should be some acknowledgement that I will be armed.

NOTE: Whenever I’ve worked as an independent contractor on the job, I generally didn’t have to disclose this type of information.

I recommend always having something in writing. Management, depending upon state law, can decide to take two routes on this:

Whenever I worked in a large corporation, they’ve usually had a policy governing employees carrying firearms. I usually found at least some line in the employee handbook stating the basic rules. If it’s not, check with Human Resources and your supervisor. If both parties basically state that it’s your right and so long as they don’t see it, they don’t have a problem. I recommend trying to get something in writing to confirm that.

NOTE: If your employer WON’T allow you to carry concealed in the workplace, check out this article we wrote about what to do then.

In some states, a company does not have the right to restrict you in storing your handgun in your car while you’re at work. We’ve taken a state-by-state look at where employers have to draw the line.

You can probably carry a concealed handgun into your work every single day until you retire and no one would be the wiser. The problems begin if you ever find yourself in a situation where you actually need to use that firearm.

You’re out on the job and you have to use your gun in self-defense.

For whatever reason, Human Resources wants to state that you are not allowed to carry a firearm on the job and tries to use that or some feeble excuse around that to terminate you. That’s always been a concern of mine.

If you have something in writing expressly stating the opposite, you not only saved your life but perhaps also your livelihood.

In past articles, we’ve reported on work crews that were robbed at gunpoint while dispatched to a location. Thankfully, concealed carriers have defended themselves and their crews.

You’re at work and you have to use your gun in self-defense.

Let’s say that the company claims that the property is private and thus you do not have a right to carry a firearm onto it. Now comes that fateful day you’re on company property and you successfully defend yourself and perhaps other coworkers from a bad guy.

Will they now try to terminate you and/or press charges for trespassing or something related?

That written letter signed between an authorized representative of the company and yourself can save your proverbial butt.

Defensive gun use at the work place isn’t common. We’re not talking about common things when we talk about taking a gun into the workplace. We’re talking about a slim chance of actually needing that gun. The problem with that slim chance is the unpredictable nature of both the event itself and the aftermath.

I don’t want to discourage anyone from carrying concealed at the workplace. I want you to get the backing of your employer before doing so, if possible, or at the very least, know where you stand should the need arise.

Get written consent. It’s the only way to guarantee that your employer can’t stab you in the back after you finished potentially protecting theirs. Outside of that, just make sure you know where you are legally. Talk to a lawyer and get a legal opinion on the matter.

Be safe. Carry everywhere you possibly can. Your life is worth it.

Previous article: Another Carjacking Averted By Gun Owner -- Another Lesson To Bad Guys Looking For Easy Prey Next article: Chinese Immigrants Line Up To Buy Guns In California, Taking Advantage Of Right Denied In Their Home Country