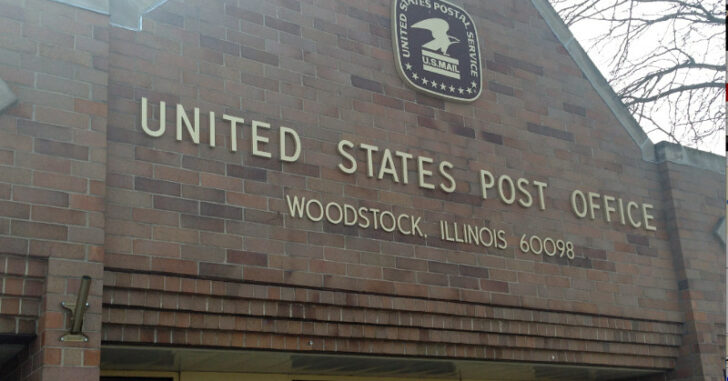 WOODSTOCK, ILLINOIS — A concealed carrier won’t face charges after leaving his 9mm handgun in a post office in Woodstock.  Normally, the post office is considered a federal building and is thus off-limits for concealed carriers.  However, charges won’t be filed because that post office didn’t have the proper signage present to inform the concealed carrier of that stipulation.  We’ll say it outright: that’s not the outcome we would have expected.

In most cases, when you knowingly bring a firearm into a federal building such as a prison, courthouse, or post office, you’re charged at a federal level for that infraction.  That’s a level of heartache and woe that I wouldn’t wish on any concealed carrier.

Also, how do you go about losing your concealed carry handgun in a post office in the first place?

via the Woodstock Independent

“The man keeps the gun in a zippered jacket with deep pockets and thought he heard a thud while he was in the post office, but didn’t notice he’d dropped the gun,” Woodstock Police Chief Robert Lowen said.

Another customer apparently found the Springfield Armory XDS on the ground of the post office where just about anyone could have had access to it.  According to the police chief, the pistol was in Condition 3 when it was recovered.

This guy is an idiot.  What’s this guy going to do in an actual emergency?  Fumble his pistol out of his pocket?  Magically rack a round into the chamber?  This guy doesn’t strike me as the type to pay attention to a situation long enough to react let alone act responsibly.

Well, apparently in addition to being a horrible example with a concealed carry permit, he’s also incredibly lucky.  The police chief decided not to press charges against him because the signage around the post office did not indicate the building was a “gun free zone”.  Although, when you think about it, the inordinate amount of training and classroom work you have to do in the State of Illinois in order to get your concealed carry permit — how would you not know that’s not an acceptable practice?!

And it’s really not the post office part that annoys me about this case.  It’s the fact that this guy dropped his gun out of his pocket and was too stupid to realize a firearm was missing.

Thankfully, it seems like the chief of police in Woodstock is a pretty nice guy.  He’s not looking to crank the vice down on otherwise law-abiding concealed carriers.  It’s just so unfortunate that this is the image we have to be presented with.  It’s straight up irresponsible.

Previous article: #DIGTHERIG - Mike and his Lionheart LH9NC Next article: VOTE NOW: The Best Holster In The History Of Ever, Version 2016