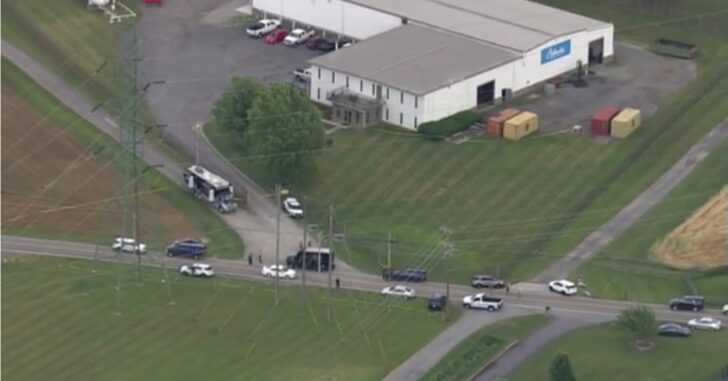 SMITHBURG, MARYLAND — A suspect has been shot by police after a brief car chase that occurred right after a mass shooting at Columbia Machine in the 12900 block of Bikle Road.

Police were called to the scene around 2:30 pm local time and found 4 victims, 3 of whom were pronounced dead at the scene.

Prior to police arriving, the suspect had fled in a vehicle but was located by police. A chase ensued and an officer exchanged gunfire with the suspect, and both were struck.

The suspect and the officer were both taken to the hospital. Their conditions were not immediately known.

We are actively monitoring the mass shooting in #Smithsburg right now, and our office is in contact with officials on the ground. If you're local, please stay away from the area as law enforcement responds.

Police say there is no ongoing threat to the community.

It is not yet known if the suspect had any connection to the facility.

Previous article: Watch This Guy's Reaction After He Finds Out He's Been Filmed During A Crime Next article: Man Fatally Shot After Threatening Couple In Their Detroit Home