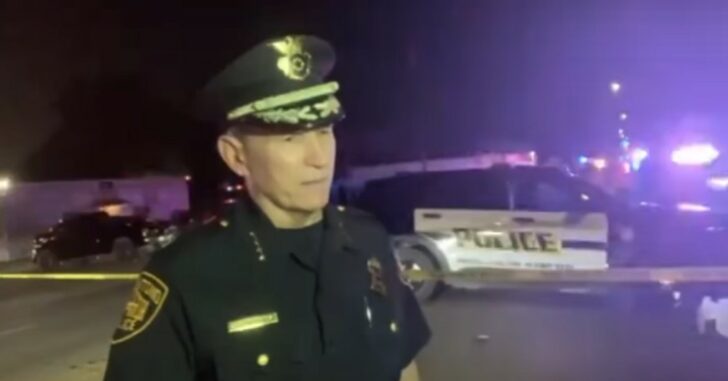 SAN ANTONIO, TEXAS — Police are searching for a suspect who they say opened fire on bar patrons early Sunday morning at the Boom Boom Sports Bar in the 1600 block of S. New Braunfels Avenue.

Police say a fight began inside the bar between two people, and that fight ended up moving into the parking lot. The suspect is said to have then gone to his car and grabbed a long gun. He started shooting, hitting a total of five people before fleeing the scene.

Many of the people shot, it seems, were simply in the parking lot and not a part of the events that led up to the shooting.

Day or night, these things can happen anywhere. It’s an unfortunate part of life, but a reason why we teach and promote responsible carry. Things get tricky at bars and late-at-night gatherings with carrying a firearm, but it’s not something that doesn’t happen. Some states, for example, allow concealed carry inside bars under certain circumstances, such as the carrier isn’t consuming alcohol. I’ve done it myself at a few bars that happened to be in states that had such a law.

Regardless, we’re always drawn back to the need to pay attention to our surroundings, and trying to be mindful as much as we can about the things happening around us.

And, having a plan if things go south.

Previous article: Inmate Freed Early Due To COVID, Murders Someone Within 2 Days Next article: Business Owner Says Employee Shot At Fleeing Suspect’s Car To “Make It More Noticeable to Police”