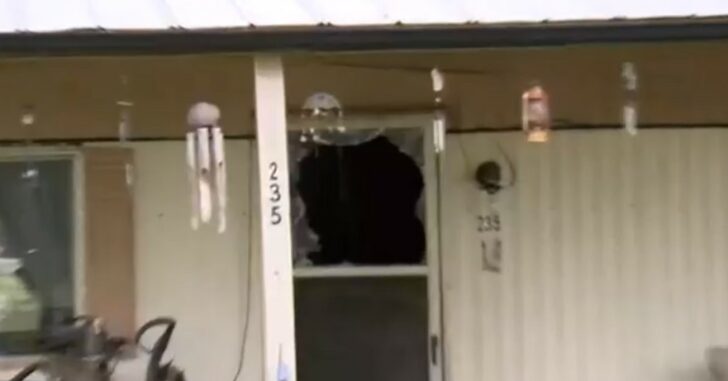 LONG VIEW, NORTH CAROLINA – An elderly man fought off an attacker who broke into his home, then shot the intruder in self-defense while totally unaware that it was his grandson. Longview police believe that the younger man intended on robbing the older one.

The incident occurred just before 9 a.m. at a home on 38th Street NW. The intended victim was alone when another man, whose face was covered by a cloth mask, broke into the mobile home. The two got into what was described as a scuffle, with the resident then using his gun to shoot the home invader.

After being shot the man fled the scene on foot and went to Lowman’s Motel at 109 US 70 in Hilderbran. There, about a mile from the crime scene, a friend called 911 for the wounded man who has been identified as 34-year-old Jessie Gibson.  Police say that he had been staying at the motel in recent weeks. He was initially treated at a Hickory area hospital but was later airlifted in critical condition to a medical facility in Charlotte, about fifty miles to the southwest.

The intended victim was treated and released at a local hospital, and only then learned that the man that he had shot was his grandson.  North Carolina is a “Castle Doctrine” state, and the man was defending himself inside his home. He had no idea that his attacker was a relative.  One can only wonder how far the grandson would have taken the attack if he had not been shot, and we can only wonder if the grandfather would have pulled the trigger if he had known who his attacker was.