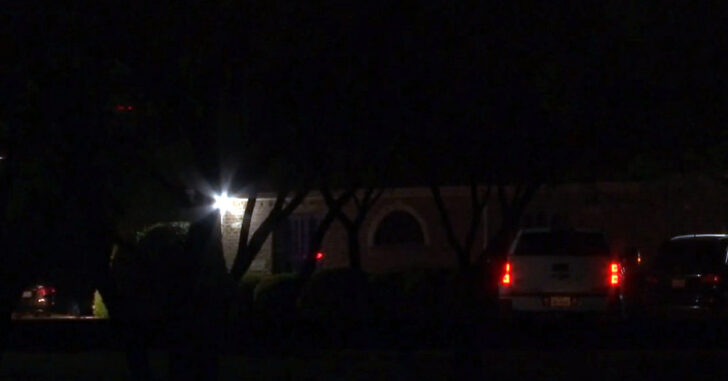 WICHITA FALLS, KANSAS — A 25-year-old who was being held at a state hospital was able to get a hold of keys to free himself, ultimately ending up in the hospital for multiple surgeries after being shot by a homeowner when he tried breaking in.

Sheriff David Duke said Matthew Reyes, 25, noticed a janitor lay keys down on a table and then found the key that let him out of the facility.

Soon after that, Duke said a woman at the home on Rathgeber Road noticed Reyes swimming in her pool in only his underwear.

Reyes noticed the woman, and got out of the pool and made his way towards the home. At the same time, the woman’s husband was coming home and was alerted to what was happening.

The husband grabbed a shotgun and confronted Reyes, who initially got on the ground. That didn’t last long, and Reyes then began charging at the husband.

He fired the shotgun, striking Reyes in the leg. Police arrived shortly after and Reyes was taken to the hospital.

During an x-ray exam for shotgun pellets, doctors found the stolen keys hidden inside Reyes’ body.

A grand jury will now decide of the husband was justified in his shooting of Reyes.

Previous article: Couple With A Plan: Wife Calls 911, Husband Blinds Intruder With Flashlight And Holds Him At Gunpoint Next article: 76-Year-Old Woman Forced To Shoot Daughter During Domestic Violence Incident