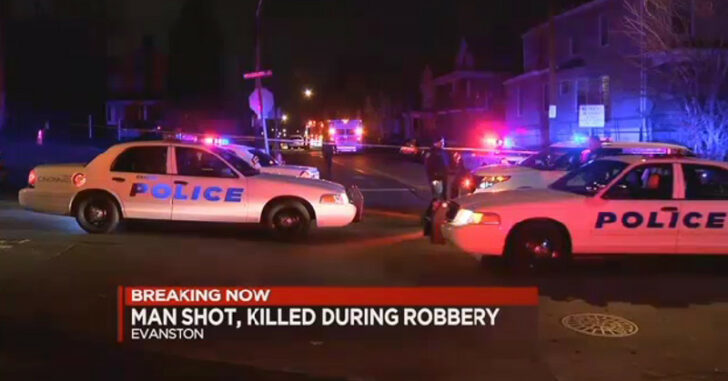 EVANSTON, OHIO — A 16-year-old boy is dead after attempting to rob two contractors doing work on a home.  The first contractor had stepped outside at 11:30 pm and was held at gunpoint while he went to his van parked out front and retrieved his wallet.  A second contractor stepped outside and the armed robber turned on him, attempting to also get his wallet.  This second contractor pulled his handgun and attempted to negotiate.  The boy, according to an account from FOX 19, fired several shots and then the contractor had no choice but to put him down.

Cincinnati police arrived to discover the armed robber was dead.  The contractor that shot the robber was licensed to carry a concealed firearm.  The police briefly questioned the concealed carrier and then released him.

It’s tragic — there’s no doubt about that.  But we’ve seen a nastier trend of teenagers thinking they’re hard because they stole a gun.  A recent case where a utility worker had to defend himself and his coworkers from an armed kid sets that trend in motion.  And we’ve seen another even nastier trend of armed robbers shooting their victims even after the robbery has been completed.  There’s not a single person that relishes in having to take a life — much less that of a youth — but it’s pretty clear from FOX 19’s account that this man was left with little choice.

Cincinnati police filed no charges against the concealed carrier.  The county prosecutor is going to eventually weigh in on whether or not this will be formally ruled a self-defense case but the preliminary facts seem to weigh pretty heavily in the concealed carrier’s favor.

Be safe at the job site and carry on!