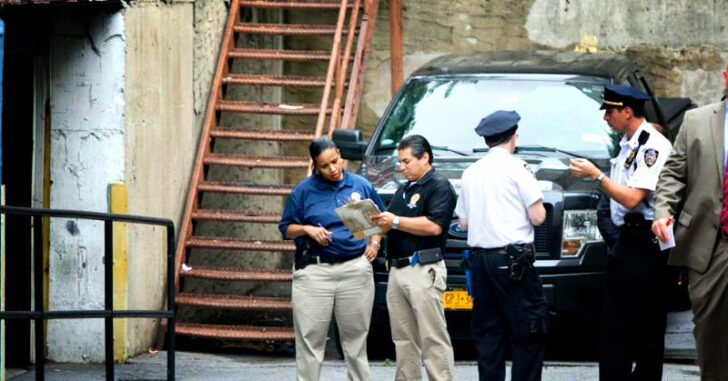 BRONX, NEW YORK — Becoming complacent in your environment means you’re lending your opponents the opportunity to take advantage of you.  No more particular could a case be than in the recent theft and assault of an off-duty police officer in New York City.  As the NY Daily News covers in this article, Nilda Quezada was walking to her car when Samuel Thornton allegedly jumped her and beat her until he could take her purse from her.

It was inside her purse where her 9mm pistol was located.

According to NYPD Chief of Detectives Robert Boyce, the assault occurred at approximately 5 am while Quezada was making her way through the parking garage to go to work.  While it is unknown whether or not the thief, Thornton, knew of her pistol’s location, he certainly did once he managed to escape the scene of the crime.

“She was putting up a struggle, but this guy got the best of her,” said [Robert] Rodriguez, 47, who saw a surveillance video of the attack. “He kept punching her and punching her, but she didn’t want to let go of her purse.”

What’s worse is that Quezada, who suffered multiple injuries to her face and nose, could be facing disciplinary charges following an investigation as in to why she was carrying her pistol in her handbag in the first place.

It’s a tragic insult to injury for this mother of two who was merely trying to guarantee herself a bit of protection by bringing along her firearm.  Unfortunately, she was caught off guard by an attacker who has a history of prior arrests and no sign of remorse.

While NYPD continues to hunt for the suspect, who allegedly didn’t live in the building but sold drugs around the block, there is a pressing matter to attend to regarding the whereabouts of that firearm.

In New York City, there is no explicit right to carry for most law-abiding citizens and permitting for concealed carry is highly restricted.  As such, a firearm on the loose is a particularly bad thing because it’s tied to the NYPD and the average citizen is powerless to defend against it.