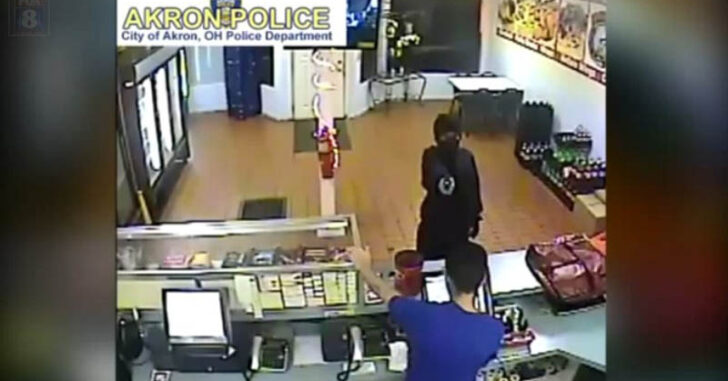 AKRON, OHIO — 21-year-old Zakareia Husein was working behind the counter at the family-owned pizza shop when an armed man came into the shop and announced a robbery.

Video footage shows what happened on that horrible day, and it happened for no reason other than the fact that the robber has no regard for human life.

In the video, Husein can be seen cooperating with the armed suspect’s demands, handing over the cash in compliance. Then, the suspect opens fire, killing Husein.

The family is offering a $50,000 reward for information leading to the capture of the person responsible for this cowardly act.

Police believe that the murder of Husein was committed by the same person who robbed two Family Dollar stores around the same time. In both of those cases, two suspects pistol-whipped employees during the armed robberies.

Sitting from my position as a promoter of armed citizens, I read stories like this and can only hope that it makes just one person change their minds about carrying a firearm for self-defense. These thugs have committed numerous armed robberies, murder, and I can only hope that they’re met with armed resistance so that their terrorization finally comes to an end.