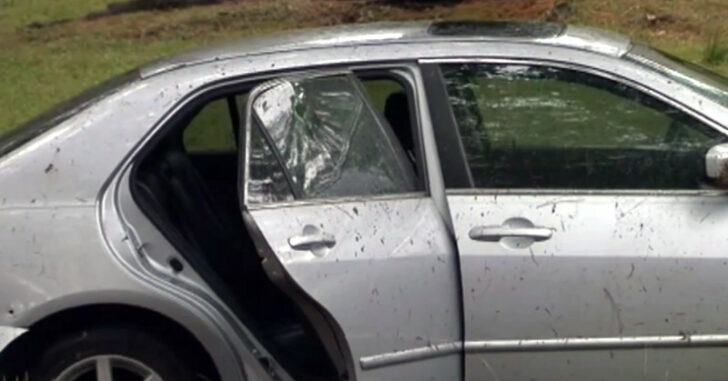 HOUSTON, TEXAS — Four armed robbers dressed as deliverymen successfully pulled off an armed home burglary, holding the homeowner and other residents hostage while they pilfered the place.  According to ABC 13, as the robbers hopped in their getaway vehicle, the homeowner emerged with a gun and opened fire on them.  One 17-year-old was injured and taken to the hospital.  Police recovered the getaway vehicle but the remaining robbers managed to flee the scene.

Here’s why this home defense sucks: the crime was already committed.  The homeowner and the residents fell for the trick.  Their lives were already pretty much forfeit from the get-go.  The armed robbers, whatever their rationale, managed to pull off the heist without the loss of life or limb to the residents.

Game over.  Call the police and call the insurance company.

Opening fire on the fleeing vehicle resulted in the recovery of some of the belongings stolen and a juvenile injured.  Those belongings are now evidence so kiss them goodbye.

That juvenile may or may not be charged as an adult and be given a plea deal he’ll pretty much be stupid not to accept.  In the meantime, all the homeowner managed to accomplish was shooting up a car and some teenager… After he was robbed.  Let’s just go ahead and say that nothing was accomplished.

We support a person’s right to defend their home, property, family, and himself.  That’s not in dispute.  What’s being disputed is the absolute non-necessity of opening fire on a getaway vehicle.  Great.  You shot up the getaway vehicle.  If they wanted to kill or harm the homeowner or other residents, they had every opportunity to do so.

More over, they had every opportunity to do so and didn’t.

Authorities conducted a search on October 31st and obviously there’s no follow-up so the suspects got away.  Moral of the story?  Don’t rob houses.  Second moral of the story?  Maybe don’t be an idiot and fall for four armed deliverymen on your front doorstep.