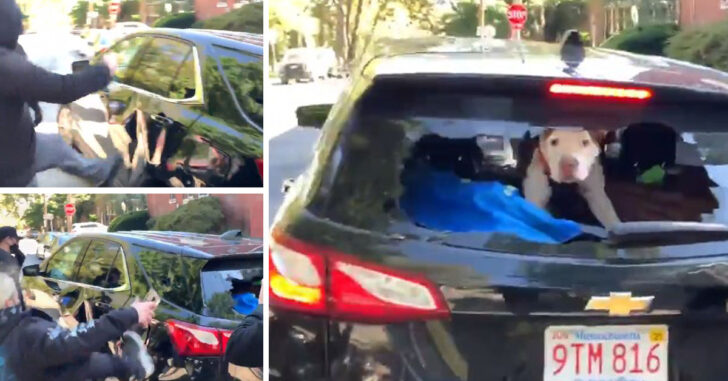 Yesterday, a group of rioters began attacking a vehicle with a dog inside, as the driver attempted to get away. The reason for the attack seems to be because the rioters believed the driver was pro-Trump.

The dog looks absolutely terrified in the video, but still shows aggression in an effort to scare off the attackers.

A dog is in the back, clearly terrified, & barks as black bloc smashes his windows pic.twitter.com/P2eXbS1Ru9

Many people have sent this video my way, and asked if this would be a justified use of deadly force. It can sometimes be a grey area, but in my non-professional and non-attorney opinion, I say it’s a hard Yes.

If multiple people are attacking your vehicle and you hesitate, you could still get away. Possibly. But if glass starts breaking, that’s an absolute threat to your life, as no one breaking your vehicle’s windows is there for peaceful reasons.

The driver was in a tough spot. Ahead of him was a parked car, and behind him were rioters. And to the side. He likely didn’t go in reverse because he was afraid to run someone over, but he would have probably been justified in doing so, especially after that window was broken.

If that were me, I would have reversed enough to drive forward. If someone were in my way or not, I’m still keeping the vehicle moving in my attempt to get somewhere safe.