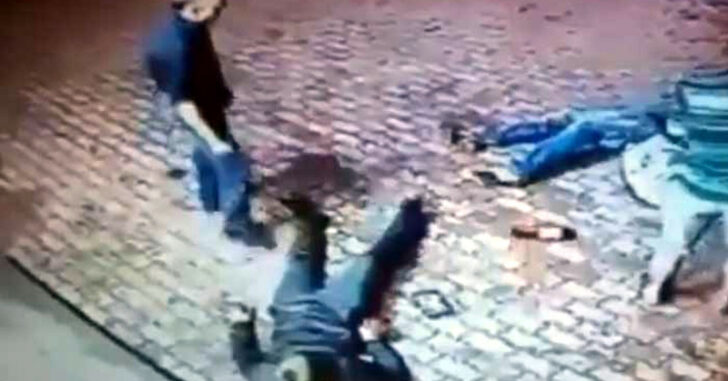 A recent Facebook message asked the question: is it acceptable for an old man to use deadly force to defend himself from some young buck?

The worry, which the querent was nice enough to point out, was if the young buck managed to beat some old man down, he could take his gun and then use it to apply deadly force.

The querent also stipulated, in this theoretical scenario, that said older man had made every attempt to leave the situation and had been denied.

So, let’s form the scenario:

State law dictates specifically the conditions under which deadly force may be used.  That definition changes.  Take a look at our article on Stand Your Ground for a better understanding of where states stand on this issue.

“Stand Your Ground” Not “Excuse To Draw Down”

If you’ve ever served jury duty for a murder trial, you’re going to run into a predictable speech: “Your Honor, I felt my life was threatened.”

Guess what?  That doesn’t always cut the mustard.

Ultimately, you do whatever you need to do to survive.  If some young buck decides to hammerfist you in the back of the head while you’re walking down the street, go ahead and do whatever feels natural.  Plug’em full of holes or turn around and gouge his eyeballs out with your bare fingernails or run for the hills.

At the end of the day, you need to be cool with it.  You have to accept that not everyone is going to play nice or play by the rules.  Do you want to live or not?

The rest will be decided in a court of law.  And you may live.  And you may live out a portion of that hard-fought life behind bars or on probation or selling your home and car to pay down the retainer on your legal council.

The Legal Response Changes From State-To-State

Prosecutors can smell a negligent homicide case from a mile away.  You’re not going to be fooling anyone in a court of law unless you have a stack of expert witnesses coached by a five-star legal defense team.  If you don’t have those things, you better be damn sure you did everything in your power to avoid a confrontation.

Also, not every state has “Stand Your Ground”.

The Commonwealth of Massachusetts, for instance, does not permit the use of deadly force in the defense of yourself or your family outside your home.  They only permit an “equal measure” of force.  So, your attacker basically gets to set the tempo — which is complete and utter BS.

The correct legal response* for a Massachusetts resident would be, “accept an ass-whoopin’.”  That’s the legal safe ground.  It really is.  Take the ass whoopin’ because if you draw your gun, that guy can just as easily grab it from you and use it against you.  What would you do if you were in a hand-to-hand combat situation and your opponent drew a gun?  You’d use it against the SOB if you could.  And in that process, you might get yourself shot but — at this point in the game — there’s no point to NOT trying.

*Correct depending upon state statute of the definition of aggravated assault as a felony or misdemeanor and the definition of permitted use of deadly force for that state.  Congrats, you only get to find that information out after the fact.

In extreme close quarters situations where your opponent is already beating the hell out of you, your options are slim and bad.  If you get your gun out, you’re still legally culpable for where those bullets go.  Your call, haus.