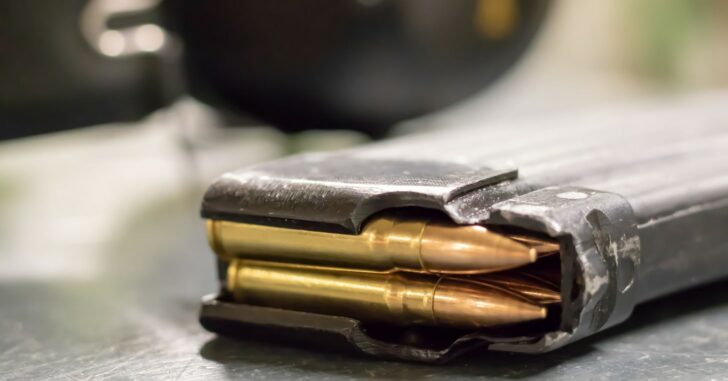 US District Court Judge Roger Benitez has issued a stay of his own injunction after the California Department of Justice filed a motion to hinder it’s progress.

Judge Benitez is getting heat on some of the blogs and forums in the gun world, but he shouldn’t be.

What you cannot do after April 5th at 5 pm PST, however, is purchase any ‘high-capacity magazines’.

We aren’t lawyers, but this is what is being reported.

Here is the important part of the stay, h/t to TTAG;

THEREFORE, IT IS HEREBY ORDERED that the Judgment is stayed in part pending final resolution of the appeal from the Judgment. The permanent injunction enjoining enforcement of California Penal Code §32310(a) and (b) is hereby stayed, effective 5:00 p.m., Friday, April 5, 2019.

IT IS HEREBY FURTHER ORDERED that the preliminary injunction issued on June 29, 2017, enjoining enforcement of California Penal Code §32310 (c) and (d) shall remain in effect.

IT IS HEREBY FURTHER ORDERED that the permanent injunction enjoining enforcement of California Penal Code §32310 (a) and (b) shall remain in effect for those persons and business entities who have manufactured, imported, sold, or bought magazines able to hold more than 10 rounds between the entry of this Court’s injunction on March 29, 2019 and 5:00 p.m., Friday, April 5, 2019. Dated: April 4, 2019.

Are you in California and want to grab some magazines before the purchase ban goes into effect on April 5th at 5 pm PST? Here you go:

They have a huge selection of magazines to choose from, and are shipping to California.

They have also vowed to ship to California. Check out their magazine selection here.

Previous article: [VIDEO] Deciding To Get Involved In A Situation As A Concealed Carrier Is A Serious Decision Next article: Rideshare Driver Forced To Draw And Fire On Armed Passenger, Killing Him