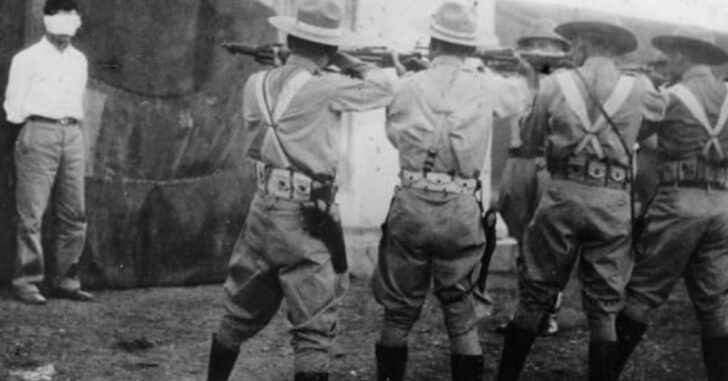 COLUMBIA, SOUTH CAROLINA – After a decade absent of being unable to carry out executions, South Carolina in now poised to resume the punishment. Up until 2021, inmates had a choice of dying either by electrocution or lethal injection. After the State’s inventory of the drugs expired in 2013, they were unable to procure more from drug makers who are reluctant to sell for fear of repercussions by those opposed to such executions. Inmates would simply choose lethal injection, which the state could not carry out, which allowed them to continue living on death row.

But in 2021, legislation to put a halt to the legal avoidance of execution passed with bi-partisan support, giving the State a work-around for the lethal injection dilemma.  In fact, the bill enabling firing squad execution was introduced by Democratic Senator Dick Harpootlian, a former prosecutor and current criminal defense attorney, who called it “the least painful” execution method available. “The death penalty is going to stay the law here for a while. If we’re going to have it, it ought to be humane.”

The Department of Corrections spent $53,600 renovating the death chamber to accommodate the firing squad option. A chair with restraints is in a corner of the room, 15 feet from a wall with a rectangular opening. The inmate will be given an opportunity to make a final statement before a hood is placed over their head. Three volunteers from the DOC staff will be armed with rifles loaded with live ammunition and will take aim on an aim point placed over the inmate’s heart. Individuals in the witness room will be viewing the right-side profile of the condemned and will not be able to see the rifles or those bearing them.

According to the Death Penalty Information Center website, South Carolina joins the states of Mississippi, Oklahoma, and Utah as the only four states in the nation with firing squad option, and it is only one of eight that still has the electric chair. 31 states utilize lethal injection and 11 use lethal gas. Three states still have hanging on the books, but all three have abolished the death penalty.

Thirty-five inmates are currently facing execution in South Carolina’s death row. On average, they have spent two decades awaiting execution, representing a total of over 700 years served under their sentences.

Previous article: Boater Rescues Man From Water And Is Forced To Shoot Him In Self-Defense Next article: CCX2 S03E05: Annette Evans