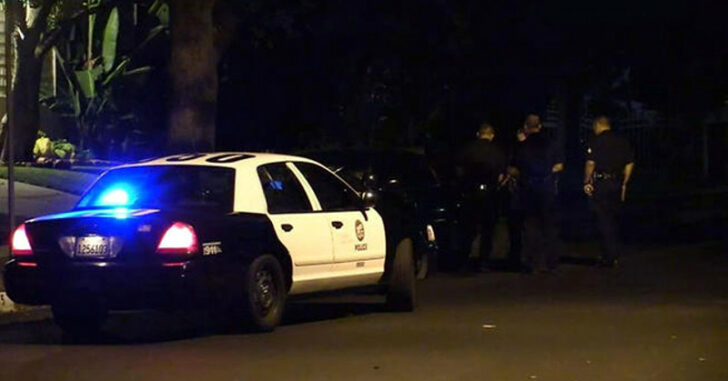 RESEDA, CALIFORNIA — Even as California state legislators attempt to reneg on issues like concealed carry on campuses, Los Angeles banning high capacity magazines, and having potentially one of the most convoluted application and permitting processes in the country, one Reseda man was successfully able to defend his home with his handgun.  According to NBC-4, the resident of the home was sleeping when he heard someone attempting to break in.  He got his handgun and made his way to the front door where he reportedly saw the intruder standing in his doorway.  The home owner discharged a round at the intruder.  The suspect immediately fled.  There is no evidence at this time suggesting the intruder was hit.

The City of Los Angeles and the county surrounding it are both considered “high crime” areas by most accounts.  Most notably, Oakland, CA is ranked as the 32nd most violent city in the United States as ranked through statistics published through the Federal Bureau of Investigation.  Reseda, though, is considered in a rare pocket of Los Angeles county where especially violent crimes have been on the uptick.  Outside of the city proper, it’s almost completely dependant upon the Los Angeles County Sheriff’s Department to arrive in a speedy enough time to prevent violent crimes from taking place.

The area around Los Angeles can become especially dense.  Despite the bright, shiny lights and the GTA V vibe it kicks off, the city itself is truly an experiment in controlled chaos.  It’s all the more essential that homeowners realize they truly are the first and likely last line of defense should violent criminals target their homes.

While we’ve written a detailed piece on why we don’t say, “he should have killed him“– it’s very important to remember that in the course of a self-defense action (especially home defense), it’s not necessarily about killing or injuring anyone.  Success is truly measured in being alive, safe, and unharmed for the gunowner and his family.