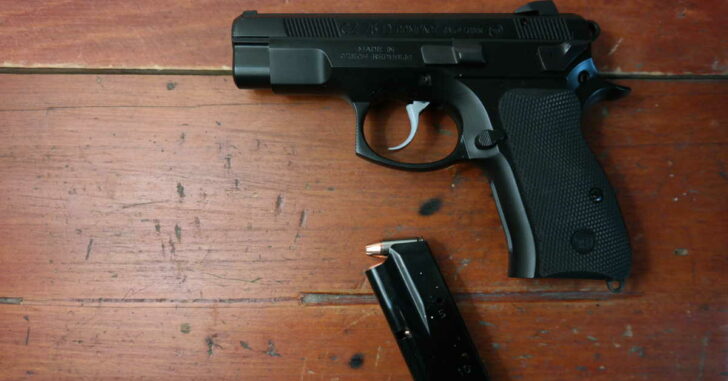 How many rounds should you keep handy in case you have to use your defensive tool against a deadly threat?

Well, people have been bouncing that question back and forth for some time.

For some time, I knew a fair number of people who carried either a 5-round revolver or a 2-round derringer with no additional ammunition and call it a day.

That might seem sparse, but with all the people who employ a single-stack magazine-based firearm with no extra ammunition it’s not that much less that what some carry today.

So, what should we carry?

Well, the 5 or 6 rounds you carry in your revolver — for those of you that do carry a revolver — is probably enough to deal with a deadly threat. Most conflicts happen fast, and with a fairly small amount of rounds exchanged between concerned parties.

Heck, I can’t even count back to you how many confrontations resolved with one or two rounds fired that we’ve discussed in our little archive here.

That being said, I don’t like “probably.” I don’t carry a firearm that will “probably” go “Bang!” when I need it to, and I’m not “probably” going to be carrying a firearm where it’s legal to do so.

Certainty in the ability to neutralize a threat is a very good thing to have.

In addition to the number and nature of a potential given threat, we also have to take into account the possibility that under fire, even well-trained shooters aren’t the most accurate.

In fact, Brandon Scott of ConcealedCarry.com noted multiple studies of NYPD, LAPD, and FBI shootings in which it was shown the “hit to shots fired” ratio was less than 1 in 5. Another report from the The Police Policy Studies Council studying shooting from NYPD officers from 1990-2000 showed a “hit probability” during a gunfight to be about 15 percent.

In other words, if you have two attackers who stand their ground and you’re carrying some Taurus 5-shot revolver with no extra ammunition you could very well be up a creek, should the statistics play out even along average lines.

I’m not trying to say you’re a bad shot, but people are people, and we need to be willing to acknowledge the possibility of our being pumped with adrenaline and terrified.

Keep in mind, also, that although the caliber debates may continue to rage — I have carried a little bit of everything, and I really don’t have a big opinion one way or another in the grand scheme of things — one can argue that a .45 ACP packs more stopping power than any 9mm option, but if your accuracy is 1 in 5, as discussed above, you really should carry extra ammunition either way.

So, what’s the answer?

It’s pretty simple, at least for me. If I’m carrying fewer than ten rounds in the magazine, I double my capacity (minus one in the pipe) by carrying either a spare magazine or a speed clip.

Heck, even if you’re already carrying more than ten rounds and feel like you could stand to carry more ammunition, do it. I think my record is 55 rounds.

If you are concerned about where that spare magazine will sit on your body, try an unused pocket. If you don’t have any to spare and you want easy reaching, check your favorite holster company for a magazine holder to put on your belt.

The most important thing is getting you or a threatened party from extreme danger to safety as expediently as possible. Bring what you feel you need to get the job done, but keep in mind that simple math — at least five rounds for every threat you’re likely to face — may well make you as assured as it does me.