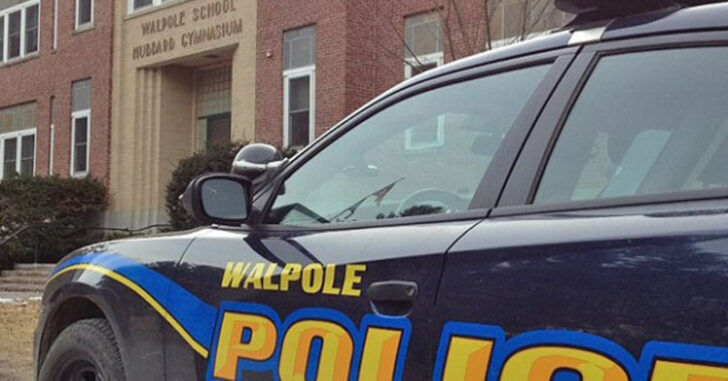 Let’s do a little thought experiment.  Put yourself in the shoes of a high profile sales representative who often drives around with a lot of cash.  It only makes sense to carry a concealed pistol, right?  Add that to the realities of what happens outside of the job.  You and your significant other are juggling the responsibilities of raising six children.  Good luck on sleep.  Good luck on taking a sick day or a vacation.

It also means you don’t have time to slow down and think.

In the middle of your work day, your wife calls to say she can’t pick up one of your kids for a dental appointment.  You swing by the elementary school.  Because the school is a “gun free zone”, you’re not allowed to enter the school with your concealed carry firearm.  Of course you’re running late and it’s a hot day, so you leave the car running to keep the A/C going.  And now add insult to injury, you leave your firearm unsecured in the unlocked car while you run into the school to pick up your kid.

A school security guard notices a lone, unattended car running in the parking lot.  He opens the door of your car and notices there’s a pistol in the driver’s side compartment — not visible until the vehicle is opened.  But, now that he’s opened the door and it is visible…

If it seems outlandish or irresponsible, we’ll discuss what went went wrong.  But this is where the thought experiment ends and reality takes off.  According to the Times of Cheshire County, that’s exactly what happened for one PA concealed carrier when he stopped to pick up his child for a dentistry appointment.

Possessing a firearm on school grounds is a Class I misdemeanor in Pennsylvania, so the unnamed man was charged — though authorities claim he was fully cooperative and even the district attorney made a point to state he wasn’t going out of his way to crucify the guy.

The man voluntarily turned in his permit and his gun.  After that sort of débâcle, it’s an understandable move.

Through and through, this looks like a man who was rushed and made a mistake.  And we all make mistakes when we’re rushing.  That’s we wrote an article specifically related to 10 mistakes to avoid while carrying concealed… Because a little refresher never hurt anyone.

“Firearms and schools do not mix, particularly in today’s environment,” Chester County District Attorney Tom Hogan said in a statement released by the Times of Cheshire County. “Responsible firearm owners know that they need to keep their weapons secured at all times. However, the District Attorney’s Office is not inclined to turn an otherwise law-abiding citizen into a criminal under these unique circumstances.”

That’s been established.  Now let’s look at where the strikes pile up.

Failure to secure the firearm in a locked container.

The man in question had the simple opportunity to, at the minimum, lock his loaded pistol in the glovebox.  Does that make his vehicle the Fort Knox of armories?  Absolutely not — but what it does do is ensure even if someone gains access to his vehicle, the intruder can’t simply snatch the firearm.

Failure to lock the vehicle.

The easiest thing to do would have just ensure that the vehicle was locked.  Hot day or not — there’s no room to fool around with firearms.  That school guard was theoretically out of line opening the man’s vehicle in the first place but whether it’s a school guard or just someone walking by, the easiest place to stop a potential interloper is by simply locking the darn doors.

This is the most damning charge of them all.  A failure to maintain situational awareness means leaving the world around you to chance.  And when you’re transporting your child or just yourself — it always pays to keep your attention focused on your surroundings.

Obviously this guy doesn’t deserve to be vilified and that’s not at all the intent of the article.  This is the opportunity to stop right now and look at what we’re doing as concealed carriers.  Are we taking the additional precautions necessary to always carry appropriately and secure our firearms when not in use?