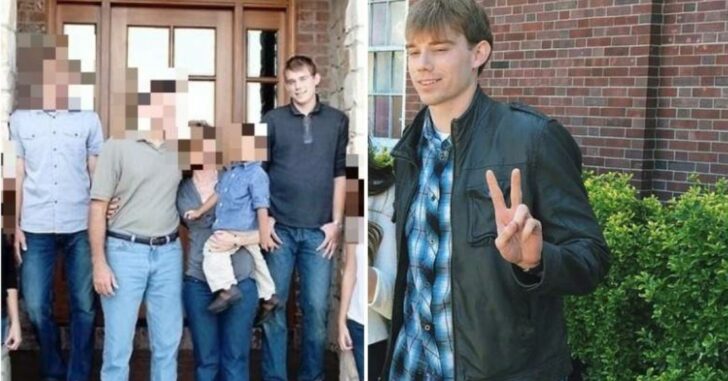 More than 24 hours after Travis Reinking shot up a Nashville area Waffle House restaurant, murdering four people and wounding two others, he is somehow still at large and the subject of an expanding manhunt.

After Reinking fled the scene of the shooting completely naked, police believe he went to his apartment, put on a pair of pants and may have escaped into the woods.

“A man believed to be Travis Reinking was last seen in a wood line near Discovery at Mountain View Apts. on Mountain Springs Drive near the Waffle House,” police tweeted. “The man was seen wearing black pants and no shirt.”

A police helicopter and a police dog tried to track the suspect after the shooting, but the dogs lost the scent, police said.

Again, Reinking had a prominent run-in with the law before yesterday’s shooting. He managed to get himself into a “restricted area” outside the White House last year.

Reinking said he wanted to meet with US President Donald Trump and told a Secret Service officer at the northeast entrance that he was a “sovereign citizen” who had a “right to inspect the grounds,” according to a Metropolitan Police Department incident report dated July 7, 2017.

He was charged with unlawful entry, an arrest report states, but the charges were dismissed after he completed community service.

At the FBI’s request, Reinking’s Illinois firearms authorization was revoked, and four weapons — including the AR-15 style rifle used in the Sunday’s shooting — were seized

Authorities in Tazewell County, Illinois, later returned the seized weapons to Reinking’s father, who gave them back to his son, police said.

And, against all odds, he is apparently mentally ill.

Reinking’s brush with law enforcement in the nation’s capital was not his first. Documents obtained by CNN affiliate WBBM from the sheriff’s office in Tazewell County, Illinois suggest a troubling pattern involving guns and what one police report described as “delusional” behavior.

“Travis is hostile toward police and does not recognize police authority. Travis also possesses several firearms,” an officer said in a May 2016 incident report. At the time, Reinking’s parents had called emergency services to report their son believed pop star Taylor Swift was stalking him, and he had made comments about killing himself.

He once showed up at a co-worker’s home wearing a pink dress and carrying a rifle. It’s not clear if that was before or after he told police that Taylor Swift had hacked his Neflix account and wanted to meet him at a local Dairy Queen.

Around the same time, the Tremont Police Department responded to a call to a public pool, according to another incident report. The pool director told the responding officer that a man in his 20s barged into the pool wearing a pink women’s housecoat, the report states. The man dove into the pool and took off the coat and swam around in his underwear. When he got out of the pool, he shouted at lifeguards that he was a man and exposed his genitals to them, the report states.

So again, we have a clearly mentally disturbed individual, someone who had numerous interactions with law enforcement over the years due to his erratic behavior. He had brandished firearms at others and despite dozens of red flags raised over the years, got little or no help from family or authorities. But somehow this will be blamed on the NRA.

This is a pattern – and the @NRA is behind it.

WHO IS TRAVIS REINKING? https://t.co/PRc5fihdHk

Previous article: Do You Believe That Bad Guys Specifically Target Gun Free Zones? Next article: Number Of "Gun Free Zones" Could Be Reduced With This Missouri Bill