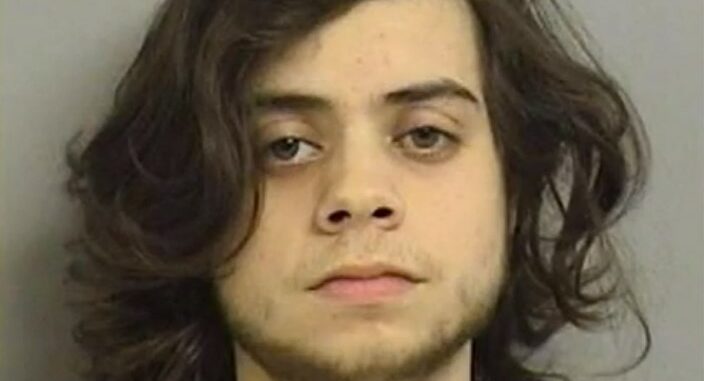 TULSA, OKLAHOMA – A young man who broke into a Tulsa home Sunday morning is “lucky he didn’t get shot”, says the homeowner who escorted him from the home after arming himself with his gun. Police were called to a burglary in progress call at a home near 101st Street and Memorial Drive.

Officers say homeowner Jeff Bray, who was asleep in an upstairs bedroom, was awakened by the screams of his mother-in-law. He armed himself with a gun that he keeps by his bed and went to investigate.  He spotted an intruder standing by the bedroom door, but instead of shooting him, he grabbed him by the neck and escorted him down the stairs and out the front door.

Officers found the man, identified as Nikolas Benitez, walking nearby, and arrested him.  He has been charged with first degree burglary and, you guessed it, drug possession. Tulsa Police Officer Danny Bean commented, “The homeowner could have felt very threatened…it could have gone different ways, but we’re glad it went the way it did.”

Despite being awakened by screams just moments earlier, the homeowner acted appropriately to the threat. While armed and prepared to use lethal force if necessary, he had the presence of mind and judgement to realize that lethal force was not necessary. He removed the threat without using his firearm, which is always preferred if possible. Just because you have the ability, and even the right, to take a life does not mean that you must.