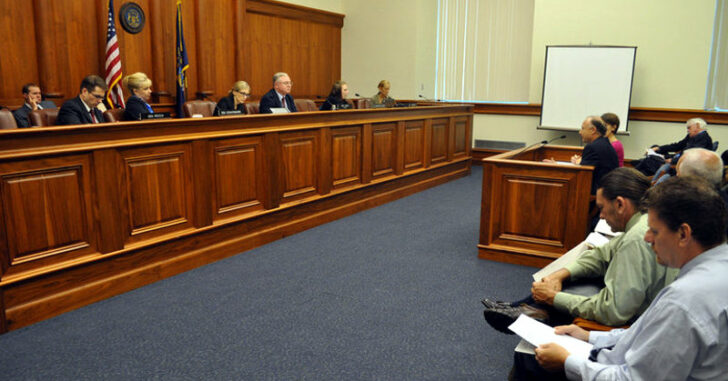 LANSING, MICHIGAN — A Republican-lead Senate Judiciary Committee approved a new bill which would allow people to apply for a special exemption to carry their concealed firearms into places that are currently labelled “gun free zones”.  Places like child care centers, sports arenas, bars, hospitals, places of worship, etc., that have previously prohibited firearms would now be fair game for concealed carriers.  According to The Detroit News, though, the devil is in the details.

In previous times, Michigan had an open carry policy that allowed people with a concealed handgun license to go into prohibited areas so long as the firearm was displayed properly.  This has lead to multiple lawsuits and conflicting rulings from the courts as recent cases involving concealed carriers on school grounds have come up.

This is a commonly known loophole in Michigan law that legislators are trying to close.  On the opposing side are many superintendents of K-12 schools whom worry that the presence of guns will make schools inherently less safe.  If this bill clears the House and is signed into law by the Governor of Michigan, it would not include any “opt-out” clauses for schools to refuse.

via The Detroit News

The measure “will allow more people to carry in more places,” said the sponsor, Republican Sen. Mike Green of Mayville. “This legislation will allow more citizens the ability to protect themselves and their families in these areas.”

There are still many opponents to this legislation and it is expected to be contested heavily before it makes it to the governor’s desk.  Already, opponent groups such as Moms Demand Action for Gun Sense in America (MDAFGSIA? Alphabet soup) are lining up their rebuttals to such a law in the hopes of dragging out the legislative process even further.

The flip-side to this argument is that if this bill was signed into law, it would close a loophole which has allowed concealed carriers the ability to carry openly on those grounds.  Concealed carriers may need to apply for an exemption or specific clause paperwork in order to justify the action and inherently it may turn into a convoluted soup sandwich by the time it makes it to law.