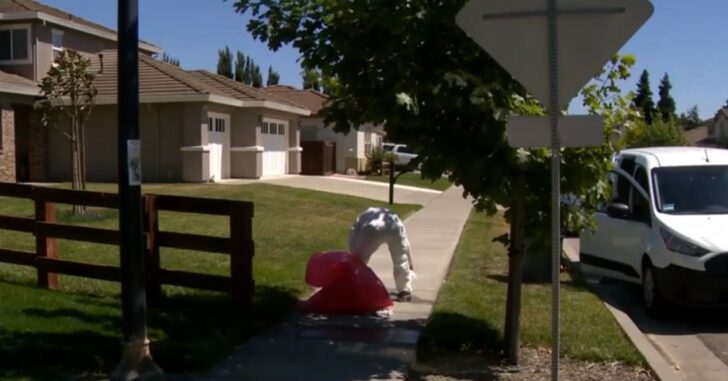 FAIRFIELD, CALIFORNIA — A man was fatally shot by a homeowner on Tuesday morning after he “kicked a door off its hinges” at a home in the 600 block of Vintage Valley Drive in the Cordelia neighborhood. It happened around 8:30 a.m. when the man knocked on the door of the home and got no answer. Apparently thinking that no one was home, he kicked the door in and entered the residence.

Little did he know that the occupants were watching him on a doorbell camera. Upon entering the home, he was promptly greeted by two rounds from the homeowner’s gun, which struck him in the chest.

“The husband and his wife [inside] in their 60s feared for their safety, [and] retrieved their own firearm,” said Fairfield Police Lieutenant Jausiah Jacobson. “As far as I know, there was no known relationship between the homeowner or the suspect.”

After being shot, the suspect fled the scene on foot and collapsed on the other side of the street.  The homeowner reported the incident to 911, and responding police located the deceased suspect. He has been identified as a 27-year-old man from Suisun City, and…wait for it…

“He [was] actively on parole for home invasion in Alameda County,” said Jacobson. “We know the suspect with armed with a [semi-automatic] handgun. Whatever the motive was it does not look like it was peaceful or legal.” It’s unclear if the suspect brandished the weapon at any point.

While not impossible, it’s rare that a tiger changes it’s stripes.