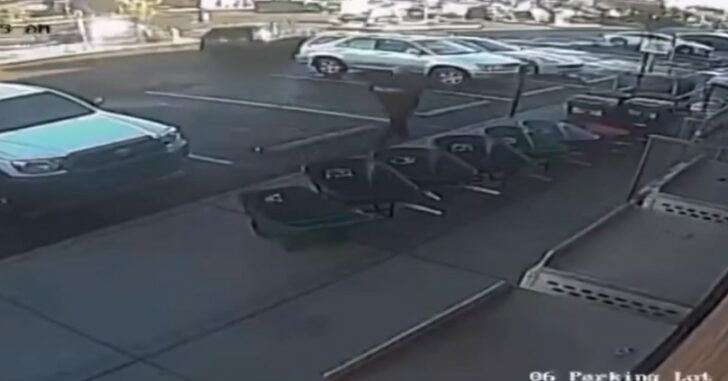 PHOENIX, ARIZONA — When it happens, we always call it out, and unfortunately it’s happened. Coming out of Phoenix, an armed citizen made the bad mistake of firing at two fleeing suspects who had just stolen merchandise from a hardware store.

That armed citizen wound up missing the suspects, and instead shooting the store manager in the leg.

But she shouldn’t have pulled out her gun to begin with.

Surveillance video shows two men backing into a parking spot in front of the store and then walking in separately. They’re in the store for a little more than 10 minutes. From the cameras inside, you can see the men walking out side-by-side, carrying buckets full of items. They glance at each other and then make a break for it.

By this point, employees were catching on to what was happening and were trying to stop it. The video shows a manager in a white shirt running outside of the store. The two shoplifters are running towards their car, and one tries to get into the passenger side door when a woman, who is off camera, shoots at them. The bullet ends up hitting the manager in his leg.

The woman was arrested and charged with aggravated assault and discharging a firearm within city limits.

As responsible gun owners, we need to know the moments where the drawing of a firearm is reasonable, and when it simply isn’t. People taking off with items is not grounds for lethal self-defense, and will land you in hot water like this woman is currently experiencing.

Get a good mental description of the suspects, a plate number if possible, and call police with the details. You’re not the police, and as a result, shouldn’t be acting like it. With that said, the police also can’t shoot someone who was shoplifting and trying to leave with their goods. Why? Because no one’s life was in danger.

Previous article: Off-Duty LAPD Officer Involved In Gun Battle With Suspect Who Took Service Pistol And Body Armor From Officer’s Vehicle Next article: How Many Guns Can You Find In This Video? How Many Stupid People Can You Find?