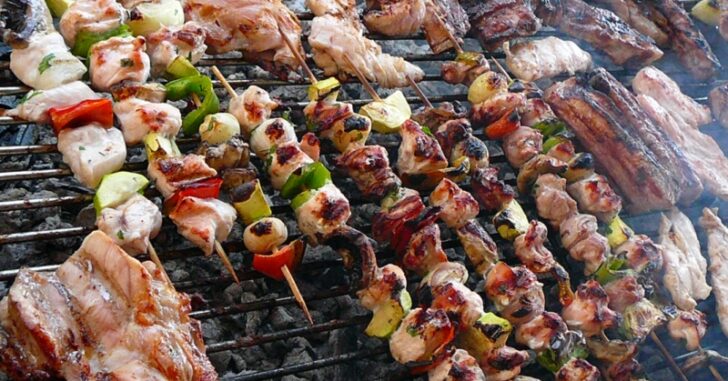 Who doesn’t like going out for a night on the town?  There’s nothing like getting off from a long week at work and heading out to mingle with all those other social animals.  For concealed carriers, though, there’s a lot more to consider in those situations.

Bars breed bad behavior.  Too many movies about Patrick Swayze high-kicking some thug and all of the sudden everyone thinks it’s cool to throw punches at the first sign of a disagreement.  Concealed carriers don’t dig into that situation – at all.  There’s no such thing as a fist fight for a concealed carrier because he or she has a loaded firearm.  And that doesn’t mix with the club scene.

Top 4 Things Conceal Carriers Do That Most Don’t

1. Hanging Up The Belt

There is nothing wrong with going to a bar or club.  It’s a great excuse to hang out with friends or co-workers and maybe even meet some new, interesting people.  But before that glass of cold suds goes down the hatch, it’s time to hang up the gun belts.  We’ve discussed this more in depth in this article.

A really good habit to get into is having a designated marksman when you’re going out and about.  If you’ve got a buddy who is level headed, has a concealed carry permit, and is willing – why not have the added protection of knowing if something happens, you’re good?

The designated “battle buddy” (or whatever you want to call him or her) just has to be sober, level-headed, and alert.  That doesn’t absolve you of situational awareness but it does give you another set of sober eyes by which to judge an event.

For states where it’s illegal to carry a concealed firearm onto the premises of a drinking establishment, it may mean your buddy has to lock up his firearm in the vehicle.  But the knowledge of having someone who can and will react should a situation arise is priceless.

And whomever volunteers for this shift – make sure to return the favor.  It’s nice to get out every once in awhile.

This one is super simple.  Especially with this beautiful weather, why not just pick up some steaks and have a great meal with friends and acquaintances.  It doesn’t mean that drinking and carrying suddenly go hand-in-hand – quite the contrary.  But in smaller gatherings of good friends and associates, the threat is altogether limited and you can still maintain a designated marksman to look out for everyone’s safety.

And the other reason this is such a popular option – grilling out with friends is super cheap in comparison to going out.  And if the suds do break out (after the guns go into the safe), nobody has to worry about going anywhere if they don’t want to.  Safety in good company – that’s a concealed carry point of philosophy.

Before you were a concealed carrier, most of the placards posted on the door of a business meant little to nothing.  You had a shirt on?  Check.  Shoes?  Check.  And in most cases if those things are true, you’re good to go for almost anywhere.  Now, as someone with a concealed carry permit, you pay a lot more attention to posted signs.

It’s true – there are plenty of businesses out there that actively discourage law abiding citizens with concealed firearms from entering their premises.  And you know what?  That’s their right.  And a good concealed carrier will respect that business’ wishes – and pursue his business elsewhere.

How has becoming a concealed carrier changed your mentality when going out?  Tell us about it in the comments section below.