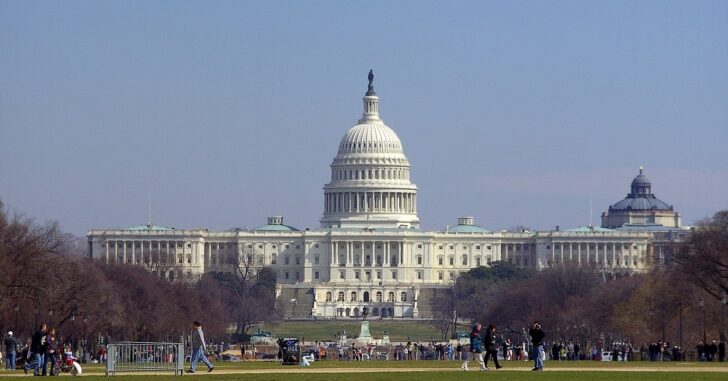 We’re at it again.

There have been multiple attempts to instill some variation of concealed carry reciprocity — where all states would be obligated to respect other states’ concealed carry permits — over the years.

This bill’s reported aim is to clarify the mass of concealed carry legal inconsistencies that vary from state to state.

The legislation would permit law-abiding, permit-holding American citizens to lawfully carry their concealed firearm to other states without fear of legal trouble, according to the National Shooting Sports Foundation.

These carriers would be required to comply with the firearms laws of any states they traveled to.

“This legislation eliminates the confusing patchwork of laws surrounding concealed carry permits that vary from state-to-state, particularly with regard to states where laws make unwitting criminals out of legal permit holders for a simple mistake of a wrong traffic turn,” said Lawrence Keane, NSSF Senior Vice President and General Counsel.

“It safeguards a state’s right to determine their own laws while protecting the Second Amendment rights of all Americans. We thank Rep. Hudson for his leadership on behalf of America’s hunters and recreational shooters.”

The bill has 118 original co-sponsors, and, somewhat surprisingly, bipartisan support.

The most relevant portion of the bill is shared, in full, below:

“§ 926D. Reciprocity for the carrying of certain concealed firearms

“(a) Notwithstanding any provision of the law of any State or political subdivision thereof (except as provided in subsection (b)) and subject only to the requirements of this section, a person who is not prohibited by Federal law from possessing, transporting, shipping, or receiving a firearm, who is carrying a valid identification document containing a photograph of the person, and who is carrying a valid license or permit which is issued pursuant to the law of a State and which permits the person to carry a concealed firearm or is entitled to carry a concealed firearm in the State in which the person resides, may possess or carry a concealed handgun (other than a machine gun or destructive device) that has been shipped or transported in interstate or foreign commerce, in any State that—

“(1) has a statute under which residents of the State may apply for a license or permit to carry a concealed firearm; or

“(2) does not prohibit the carrying of concealed firearms by residents of the State for lawful purposes.

“(1) permit private persons or entities to prohibit or restrict the possession of concealed firearms on their property; or

“(2) prohibit or restrict the possession of firearms on any State or local government property, installation, building, base, or park.

“(c) (1) A person who carries or possesses a concealed handgun in accordance with subsections (a) and (b) may not be arrested or otherwise detained for violation of any law or any rule or regulation of a State or any political subdivision thereof related to the possession, transportation, or carrying of firearms unless there is probable cause to believe that the person is doing so in a manner not provided for by this section. Presentation of facially valid documents as specified in subsection (a) is prima facie evidence that the individual has a license or permit as required by this section.

“(2) When a person asserts this section as a defense in a criminal proceeding, the prosecution shall bear the burden of proving, beyond a reasonable doubt, that the conduct of the person did not satisfy the conditions set forth in subsections (a) and (b).

“(3) When a person successfully asserts this section as a defense in a criminal proceeding, the court shall award the prevailing defendant a reasonable attorney’s fee.

“(d) (1) A person who is deprived of any right, privilege, or immunity secured by this section, under color of any statute, ordinance, regulation, custom, or usage of any State or any political subdivision thereof, may bring an action in any appropriate court against any other person, including a State or political subdivision thereof, who causes the person to be subject to the deprivation, for damages or other appropriate relief.

“(2) The court shall award a plaintiff prevailing in an action brought under paragraph (1) damages and such other relief as the court deems appropriate, including a reasonable attorney’s fee.

“(1) The term ‘identification document’ means a document made or issued by or under the authority of the United States Government, a State, or a political subdivision of a State which, when completed with information concerning a particular individual, is of a type intended or commonly accepted for the purpose of identification of individuals.

“(2) The term ‘handgun’ includes any magazine for use in a handgun and any ammunition loaded into the handgun or its magazine.

“(f) (1) A person who possesses or carries a concealed handgun under subsection (a) shall not be subject to the prohibitions of section 922(q) with respect to that handgun.

“(2) A person possessing or carrying a concealed handgun in a State under subsection (a) may do so in any of the following areas in the State that are open to the public:

“(A) A unit of the National Park System.

“(B) A unit of the National Wildlife Refuge System.

“(C) Public land under the jurisdiction of the Bureau of Land Management.

“(D) Land administered and managed by the Army Corps of Engineers.

“(E) Land administered and managed by the Bureau of Reclamation.

“(F) Land administered and managed by the Forest Service.”.

It’s unlikely that this bill will make its way to law. That’s the unfortunate reality of an extremely gun-phobic presidential administration and a less gun-friendly Senate.

It is important, however, to know that there are still politicians willing to put themselves out there for the betterment of safe, responsible carry.

Previous article: Report: Man Shot By NYC MTA Worker Was Furious He Didn't Get a Fist-Bump Next article: [WATCH] Forget Range Day, Man Builds Gun Range In His Own Basement