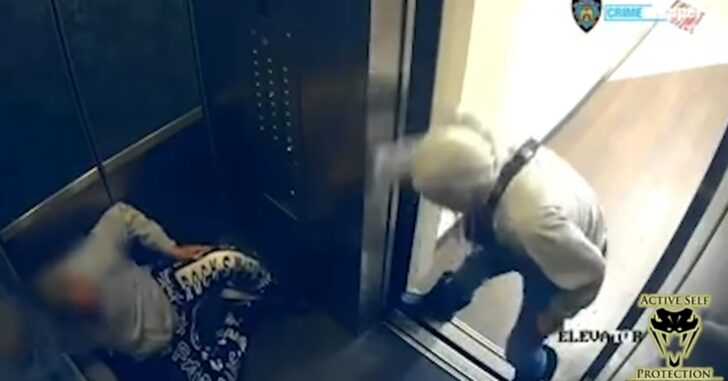 This will get your blood boiling like it did us.

A man on an elevator was brutally attacked by another man who apparently had no beef with the man, but started punching him anyway.

Beef or not, it’s a clear example of being prepared or not to defend yourself from a random attack.

As soon as the attack started, the Veteran was out of options and went to the ground. Eventually, the punk was caught and arrested.

Watching the behavior of those around us and give us indicators as to what they could be up to, or at the very least heighten our alert systems.

Give the video a watch and let’s think how things could have gone if the victim were prepared for such an assault.